Many sports, like soccer and volleyball, put an emphasis on club teams over high school teams. Is this the case in track and field as well?

So what happens when an athletes determines he or she needs more advanced insight into the sport from a coach outside his own high school? If given the tough choice to choose a club team over a high school team, should they do it?

I've witnessed one such example. Entering her junior year in high school, Dominique Ruotolo was faced with a difficult decision: high school or club track. Dominique was coming off a very successful sophomore season at Mater Dei, a private catholic high school located in Santa Ana, California. But due to unforeseen circumstances, her family was unable to pay the school's tuition going into her junior year.

They had two options: Transfer and compete for a local public high school, or compete on her club team, the LEAP Squad Track Club. Since I had coached her since the 7th grade, her father, Frank, ultimately contacted me for advice. And I had to tell him about some hard realities.

I knew, for instance, that club track for high school athletes during the school season was virtually non-existent. Often the only option available for athlete's without high schools would be to compete in a collegiate or open track circuit, but many athletes aren't often in Dominque's position and don't have the times or marks applicable to enter those meets. Additional issues would be how to arrange specialized training, given limited availability and facilities. 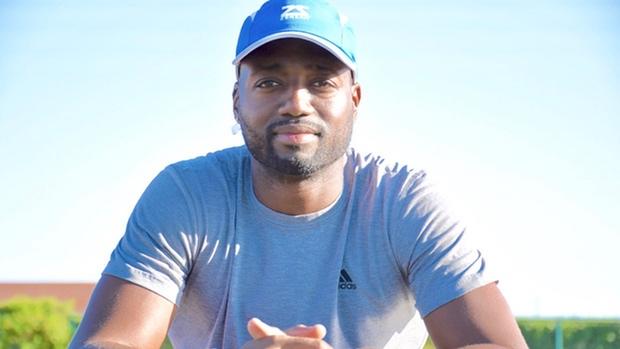 To make the training work without a high school and without transfer, I told Frank that his daughter could homeschool to free up her schedule and to give her optimal study time, training, and rest.

And after all of that, the family's decision was to stay with me and compete unattached, despite the tough schedule it might bring. But it was only an option because of Dominique's phenomenal previous season, where she went 18 feet, 1 inch in the long jump and 37-8 in the triple, and 5-6 in the high jump. Her potential made it possible.

Dominique's year was strategically planned and organized. She trained with the amazing staff at Athletic Republic of Orange County (AROC), where she did cross-training and sports-specific weights to build her base. For competitions, we organized a track schedule that had Dominique competing only twice per month in the collegiate/open circuit with a drive towards an athletic peak in June 2017. Not all high school programs are the same, but an issue with many athletes is competition frequency. We ultimately never had that problem, but it's something that athletes should talk about with their parents coaches, if it is felt there is a detriment to training.

Weeks later, Dominique placed 10th at the New Balance Indoor Nationals in the triple jump and then went third in the collegiate section of Mt. SAC Relays where she placed third in 40-8.

(Note: as an unattached athlete, it was not possible for Dominique to compete in the high school section of Mt. SAC.) Her season concluded at the USATF U20 Junior National Championships, where she peaked and went third overall, going a new lifetime best of 41-7. And now with potential collegiate options that include UCLA, Southern California, or Oregon, her one-year hiatus from the high school season was a success.

It's an impressive story, but I know hers could be a rare one. And it could have gone sour if she hadn't had all the resources throughout the year -- from access to a sports training center, a knowledgeable coach, transportation, access to a track and jump pits to train, and money to travel.

The key to Dominique's success and growth was her schedule. She only did two events per meet, depending on her training focus each week. By the end of season, she set new personal bests in all of her events: 5-7 high jump, 19-foot long jump, and a huge 4-foot improvement in the triple jump. She is now back at Mater Dei for her senior year and looking forward to a successful and exciting season.

Frank later expressed to me that he had mixed feelings about the 2016-2017 season. While it was exciting, he said, it was also difficult. His daughter felt the spring was lonely, because she had to compete outside the normal ritual of high school, among her peers and the camaraderie that often brings. And the system requires you to choose high school track because of a long gap between the indoor season and nationals.

Ultimately, in my personal opinion, unless a high school athlete is looking to become a professional and has proven elite ability, they should value the spring high school season and try to work out any issues before deciding to run unattached, based on the difficulties it often presents setting off on your own. After all, you're only a high school student-athlete once.

Keinan Briggs, a former athlete at Cal State-Los Angeles with a personal triple jump best of 52-4, is an assistant coach with Mater Dei and is the head coach of Leap Squad Youth Track Club. He has his own YouTube page titled, Keinan Briggs, where he goes over technique, offers online coaching, gives advice and offers fun videos. You can check it out here.