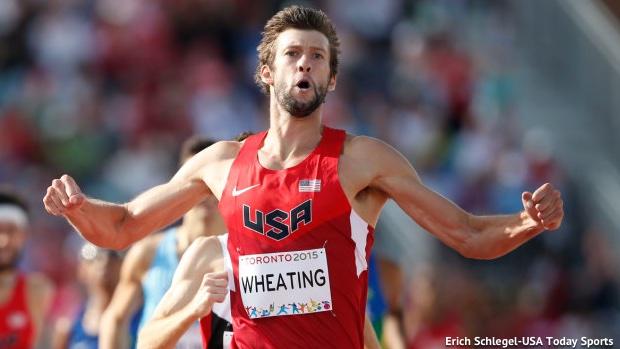 Two-time Olympian Andrew Wheating announced his retirement from track and field on Thursday.

In a post on his Facebook page beginning with "Dear Professional Running," the 30-year-old wrote, "You've changed my life in ways I couldn't even imagine. You've made me laugh, you've made me cry, you've brought me a happiness that can't be replicated anywhere else."

Wheating burst on to the national running scene when, as a University of Oregon sophomore, he finished second at the U.S. Olympic Trials in the 800m.

The stirring race featured a 1-2-3 sweep of athletes with Oregon connections, as Nick Symmonds and Christian Smith of the Oregon Track Club joined Wheating on the Olympic team in Beijing. He soon became known for his charisma, his 6-foot-2 frame and devastating finishing kick.

His 1500m mark from Monaco is the eighth fastest mark by an American of all time and prompted this enthusiastic reaction: