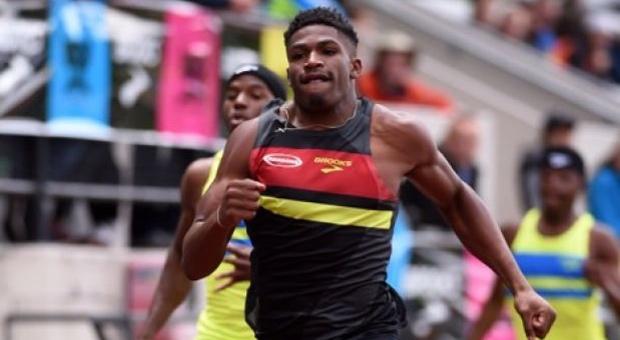 One of the nation's top sprinters made his college decision on Monday during the National Letter of Intent (NLI) early period.

He chose to be close to home.

Newton (GA) High's Elija Godwin inked with the University of Georgia men's track and field program during a signing day ceremony around friends and family at his school. Godwin is ranked No. 9 on MileSplit's top 50 class of 2018 recruits.

It was a big moment, because it also signaled the likely end of Godwin's football career; he had signaled that he was considering pursuing both sports at the next level for months.

"I made that decision based upon my health, basically," Godwin told The Covington News, which was at his signing. "I love playing football. I've been playing it for as long as I can remember. But it comes with a lot of bodily harm on the field, and I was just thinking about my longevity as an athlete, and I just felt like track is the way to go. It felt right."

A year ago, the Bulldogs earned two prized recruits for the women's program by hauling in five-star talents Tara Davis and Lynna Irby, who have the potential to score right away for the squad in 2017.

Godwin's signing could bode similar impact for the men's program in 2019.

In the 400m, he brings even more firepower, with a PR of 45.83 seconds from 2016 and a national win from Brooks PR that same year. He finished second in the 400m at Brooks PR in July and won his first state title in Georgia. He ran six times under 47 seconds in 2017.