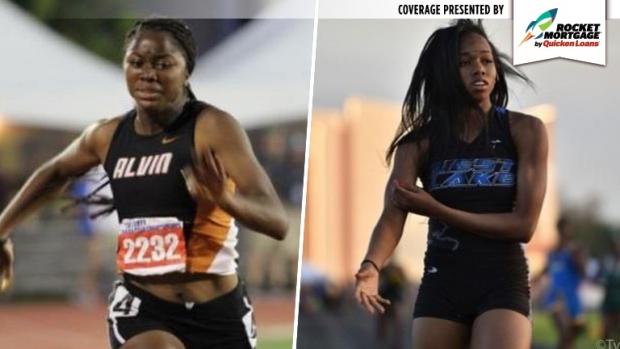 The University of Texas women's track and field program scored two major recruiting successes on Wednesday during the first day of the National Letter of Intent (NLI) early period with the commitment and signing of two major sprint standouts.

Both Kynnedy Flannel, ranked No. 2 on FloTrack's top 10 rankings of girls sprinters and No. 4 on MileSplit's board of the top 50 recruits in the class of 2018, and Kennedy Simon, No. 4 on FloTrack and No. 8 on MileSplit's top 50, have the ability to raise the ceiling of the Longhorns' program in the coming future.

Talk about a coup.

In June, Texas finished fourth at the NCAA Track and Field Championships in Eugene, Oregon, but it graduated some of its best talent, including Courtney Okolo, who won the 400m (50.36), and Morolake Akinosun, who nabbed a third-place effort in the 100m (11.07).

Meanwhile, in the jumps Flannel also has an opportunity to score. She's landed a PB of 21-2.75 in the long jump, where she earned a second runner-up finish at NBNO. A multiple champion both at the AAU Junior Olympic games and the USATF Jr. Olympic Games, Flannel has a resume that could immediately translate to Big 12 competition.

Welcome Kennedy Simon to the Forty Acres! No. 1 recruit in the nation in 400m. #HookEm #ThisIsTexas pic.twitter.com/y9hJsncpmn