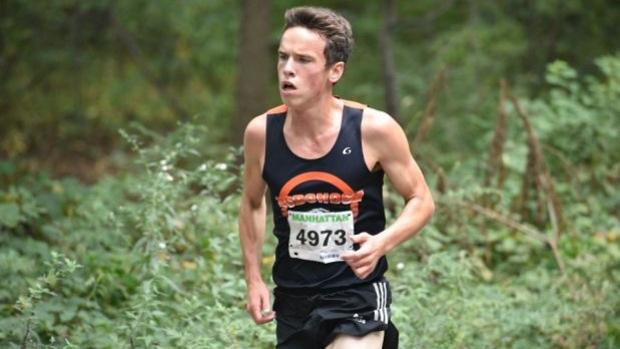 We knew Dalton Hengst was gearing up for the Paul Short Run.

But on Friday, the McDonogh School (Maryland) senior certainly threw down at the Lehigh University course in Bethlehem, Pennsylvania, dropping a U.S. No. 7 effort of 14:57.00 for the win in the boys elite brown race.

It became Hengst's fastest performance of his career and came after a solid opener of 15:10.10 at the Barnhart XC Invitational on September 16. He's one of seven runners who have gone under 15 minutes this season nationally.

Hengst certainly displayed a phenomenal effort and closing power in the final moments at Lehigh, cementing one of the nation's top efforts so far.

Neshaminy's Rusty Kujdych was second in 15:01, while Owen J Roberts' Liam Conway was third in 15:08.

The girls race went as planned, too, as Centerville (Ohio), ranked No. 7 in the Flo50 rankings, cruised to a comfortable win with 61 points.

The squad was led by Grace Kilroy's 11th-place finish in 18:32 and saw the team's top five finish within 23 seconds of each other. All five were in the top 25, too -- six through eight weren't far behind, compiling a 42 second spread.