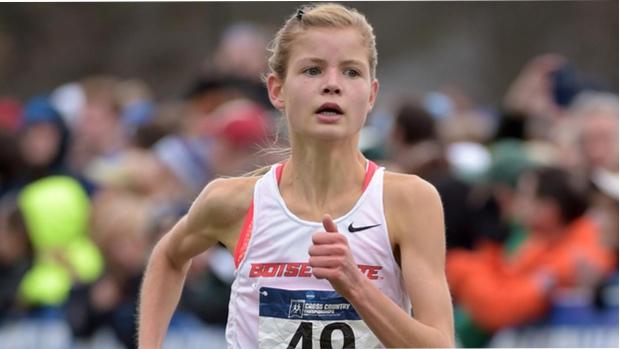 Fresh off a win at the NCAA Championships in the 3K steeplechase, Kenai Central (AK) High graduate Allie Ostrander followed it up with a special moment close to home.

The 20-year-old Alaska native, who also finished fourth in the 5K at the NCAAs, won the Mount Marathon 3-miler, an annual Fourth of July race in Seward that ascends and descends 3,000 feet of elevation.

In her second try at the grueling race, Ostrander, a Boise State redshirt freshman, landed the second-best time in its history, producing a winning effort of 49 minutes, 19 seconds, per the Anchorage Dispatch News.

Ostrander cut nearly a minute off her personal best of 2015 when she debuted in the race, but she's still almost two minutes from the all-time best of 47:48, which was accomplished by Emelie Forsberg in that same year.

Ostrander was the race favorite the moment she stepped to the foot of the mountain.

Ostrander, a runner-up at the NCAA Championships in cross country as a freshman, is a six-time junior champion of the race.

She encountered some tough stretches on the descent, including four times when she said she "penguin-slid."