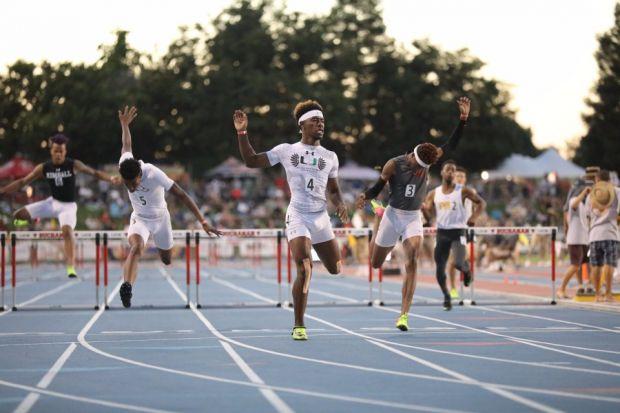 Nobody in the field is more in rhythm than senior Joseph Anderson of California. The senior comes into Brooks PR Invitational with a personal best and US No. 1 time of 13.33 from the CIF Track and Field Championships where he finished first. Anderson, an University of Oregon signee, won all twelve races he competed in this season, including the Arcadia Invitational and Brooks Mt. Sac Relays, and ran 13.6 seconds or faster four times.

Deion Lightfoot (CA) is no stranger to racing favorite Joseph Anderson. Lightfoot finished third at the state meet and is consistently in the 13.7 range. Dorian Andrews of Dallas Skyline was the runner-up at his state meet in a personal best of 13.61. Andrews has clocked a sub 14 second time the last four weeks.