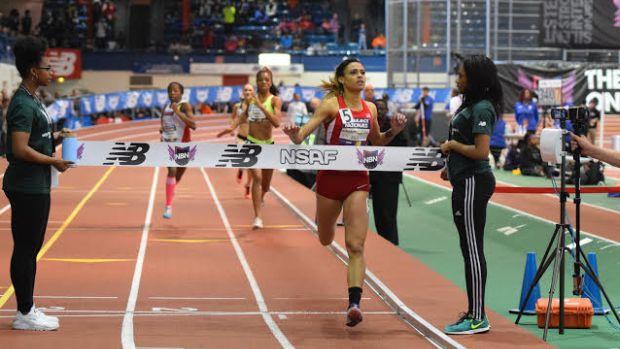 Sydney McLaughlin lowered her own national 400 meter record to a 51.61 on Sunday at New Balance Nationals Indoor. This was the last indoor high school meet for the all-time great and she certainly left her mark.

The Olympian came into Nationals weekend ahead of where she was a year ago when she originally set the national indoor standard, having run faster during her states season year to year. Well, she kept on that pace and lowered it once again to that sizzling the 51.61. That was over a second faster than second place, and she split 25.39 at the 200 meter midway.

Last year at New Balance Nationals McLaughlin ran a 51.84 taking down Francena McCorory's 51.93 that had stood since 2006.

The track star who made it to the Olympics this past summer in the 400 meter hurdles has signed with the University of Kentucky for next fall.