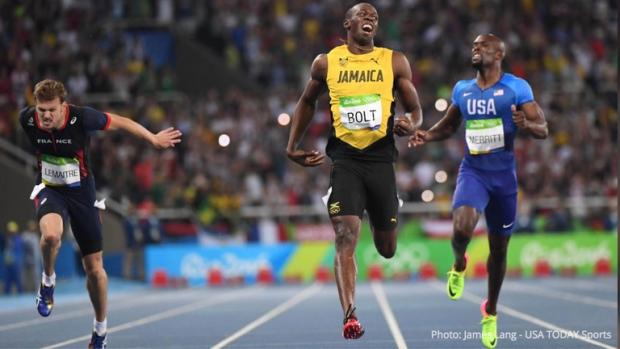 The three-part Nitro Athletics series in Melbourne, Australia, beginning this Saturday and featuring Usain Bolt's season debut, will air live on FloTrack. The first of the three meets is Saturday morning, February 4, beginning at 6:00 AM Eastern in the United States. The next two meets are Thursday, February 9 and Saturday, February 11. FloTrack will be the streaming provider in North America.

There will also be live three-day events in 2017 from Shanghai and Manchester.

In addition to the obvious draw of Bolt--who has said that 2017 will be his final season--there will also be a new and exciting team format. International teams from Japan, England, New Zealand, Australia, and China, plus Bolt's hand-picked All-Stars will compete for team points across the three meets. Each team will have 12 men and 12 women, and the events aren't the conventional events. The first meet, on Saturday, will have some conventional events: the javelin, pole vault, 150m, long jump, 60m, para 100m, and 100m hurdles. It will also have:

-200-400-600-800 mixed-gender medley relay
-Three-minute distance challenge. Women will run for three minutes, then men will pick up where they finished for three more minutes.
-2x300m relay
-Mile with athletes eliminated after each of the first three laps
-Mixed 4x100m

Bolt is the biggest name competing, but Christine Ohuruogu, Jenna Prandini, Jarrion Lawson, Asafa Powell,  Kerron Clement, Dawn Harper-Nelson, Ryan Gregson, Genevieve LaCaze, Michael Rimmer, and Japan's silver medal 4x100m squad will be in Melbourne. The captains of each team will decide how to use their rosters at the beginning of each event.

You can find the full rosters, schedules, events, and team scoring here.