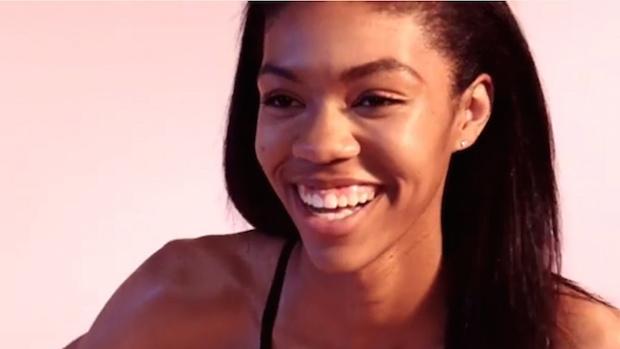 Vashti Cunningham, the 18-year-old world indoor high jump champion, stars in a new ad campaign on instagram for the Nike Pro Indy Bra. The series of three videos feature six-time Olympic medalist Allyson Felix, Olympian steeplechaser Colleen Quigley, Russian long jumper Darya Klishina and WNBA star Skylar Diggins; one video stars Cunningham by herself and was posted one week ago -- right after she qualified for the Olympic Games in Rio by placing second at the U.S. Olympic Team Trials.

The Las Vegas, Nevada native signed with Nike on March 21, one day after winning the world indoor title. This is her first major ad campaign.

The Nike Pro Indy Bra: perfect for yoga, barre, low impact cardio… and whipping your hair back and forth ⠀ Get @vashtizzle's look through the link in our profile.

Need a new sweat-mate? The Nike Pro Bra Collection has you covered, with BFF-like support to match all your moves. ⠀ Make like @skydigg4 @af85 @dariaklishina @steeple_squigs and @vashtizzle and get yours through the link in our profile. ⠀ #nike #sportsbra #nikeprobra

So excited to be featured in the new Nike Pro Bra campaign! The Nike Pro Rival bra is my fave, I wear it every day. There's a whole range of Sports Bras for different sizes and sports. Check them out at nike.com/sportsbras #nikeprobra #sponsor