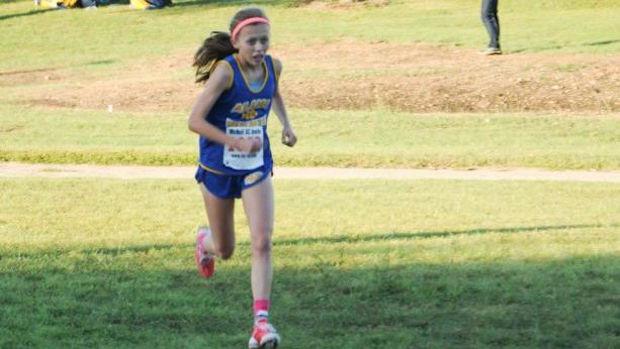 This race is functionally a rematch of the November 7 Texas state championships; a non-Texas team has never finished in the top two for boys or girls at this meet, and this is not the year that streak ends.  At UIL two weeks ago, the 6A girls race went Marcus 78, Southlake Carroll 87, Keller 109.

Here's how thin the nine-point margin between Marcus and Southlake is: if SLC's fourth and fifth runners (Gillian Mortimer and Antigone Archer) each ran six seconds faster, Carroll beats Marcus by six. In other words, if two teenage girls' performances were 0.5% different, there's a different state champion. There's no clear favorite going into this meet.

In fact, Marcus and Southlake Carroll are no locks for the two AQ spots.  Carroll only finished 22 points ahead of Keller at the UIL meet, and while Smithson Valley was eighth with 166 points, that was with Kerri Welch running over 25:00 and beating exactly one runner.  Welch is normally Smithson's #2 runner; all season, she's been between one and eight seconds behind her sister Kylie. If Kerri finished a minute behind Kylie at Round Rock, Smithson would have been fifth with 139. If Kerri finished twenty seconds behind Kylie--again, which would have been one of her worst races of the season--Smithson would have been within single digits of Keller. If both Welches are healthy, there are definitely four teams competing for two guaranteed tickets to Portland.

Texas isn't just going to rule the team roost here. The top eleven returners (Hofstad plus ten healthy runners) are all from the biggest state in the region. You can safely ink in Gray for one qualifying spots, but the other three are more wide open. No one broke 12:00 for 3200 meters in the 1-4A races; in the 5-6A races, only Reagan Kappel, Abbey Santoro (only gunning for an individual spot if Keller doesn't make it), and Patel broke 19:00.  Add Ensley, Lauryn Barrientos, Owen (if Marcus doesn't make it), and Boreman to the mix and those are most of the contenders for the individual spots.

Carroll won this region every year from 2009-12, but hasn't cracked the top two at this meet since then.  Marcus will be looking for its second straight qualification, while Keller will be looking for its first since 2007. Smithson Valley has never finished in the top two at this meet.Texas webmaster Bryan Deibel picked Marcus/Southlake in that order, so I have to be a contrarian.

Continue reading for the boys preview.