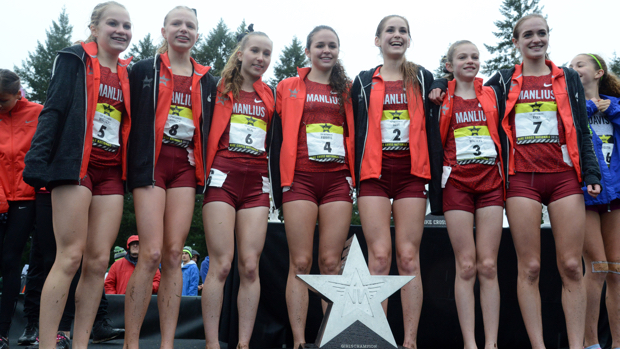 The Fayetteville-Manlius girls have been a force on the national cross country scene for years. They are one trophy away from forcing us to talk about their national championships in double digits. It was a strong performance for the NY squad in 2015. They scored 55 points to earn their ninth title, though they had sights set on a lower score. So the question that came to mind was how good is this team of national champions compared to the FM teams of the past?

The logical factor to asses for a NY team is speed ratings. The numbers could've been looked at in a number of different ways. I chose to assume that for the FM All Star Invitational, that every athlete from every year would run their best performance at this meet. I pulled the best speed rating for each athlete by season going back to 2002 and scored the meet with each year as a separate team.

Assuming that by time traveling forward/backwards we won't rip apart the fabric of space and time by putting the same individuals in the same place with their past and future selves...see what the FM All Star Invitational would look like.