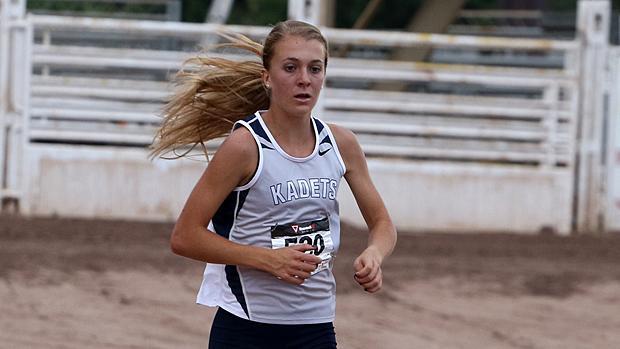 Katie Rainsberger of Air Academy, Co. has verbally committed to the University of Oregon. She will sign in November.

"I connected really quickly and well with Maurica Powell - the coach - and I loved the energy on the team," she said via Twitter. "They have great support for athletes at Oregon and Coach Powell really cares for each of her girls!"

The No. 2 ranked Rainsberger chose the Ducks over the University of Michigan and Stanford. Oregon was a late add to her college considerations, but a visit solidified her choice.

"I visited a little later [than the other schools] but I knew right away that it was a good fit," she said.

She is undefeated this year and plans to continue training through upcoming regional and state meets in order to peak for NXN in early December. Her Air Academy team ranks No. 21 in the nation and stands a good chance of qualifying for Portland out of the Southwest region.

"We have a solid team this year and want to all go down to NXR this year," she said. "I also have done NXN [as opposed to Foot Locker] since my freshman year so I'm sticking with the trend."