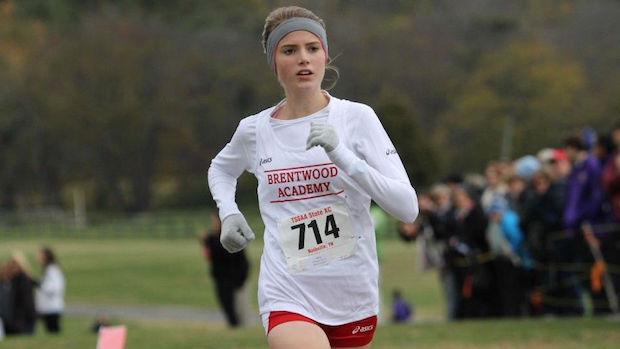 Taylor Cuneo has ruled the distance roost in Tennessee upon immediate entry to high school, as she won four state titles (one XC, three track) last year as just a freshman. But it looks like she may have a new rival in junior Claire Cheeseman, who won the Voyles Classic, 18:05.63 to 18:19.14, over Cuneo.

Central Magnet's Cuneo ranks US #19 in the first edition of the Saucony Flo50 National XC Rankings. She was the top freshman finisher at NXN last year in eighth place.

Brentwood High School's Taylor Vroon and Brodey Hasty ran 1-2 in the boys race, clocking U.S. No. 2 and No. 3 times of 15:12.72 and 15:13.3 for 5k. The duo led Brentwood to the team title in a 61-team field, scoring 62 points with an average time of 16:03. The entire top five finished within the top 26 overall. Hasty, just a sophomore, is one one the nation's top returners from the Class of 2018 and the win makes Brentwood look like the type of team to pose a threat to regional rankings.