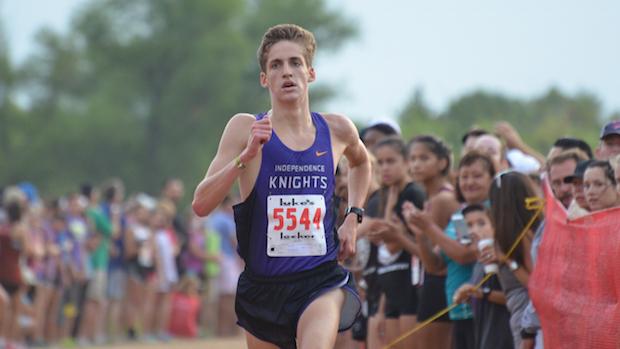 
Pre-race talk debated whether the Frisco Independence senior could take down the 14:53 course record set by Marcus' Craig Lutz in 2010. Lutz, a 2015 University of Texas graduate and four-time NCAA All-American, was on site at his alma mater to witness the record attempt.

"It's funny because Craig Lutz has kind of been an inspiration to Texas distance running so the pressure to potentially break one of his records was a pretty big deal," Blunt said. "I wasn't gonna go out to kill myself to break a record. I undersand that cross country is more abut place than time. All courses are different each year."


Lutz's appearance at the meet marks his last day in Texas before moving to Flagstaff, Ariz. to train with the Northern Arizona Elite group sponsored by Hoka One One. He said the defending national champion for 2 miles would need to get out hard to do it.

"I was mentally prepared for him to do it," Lutz said. 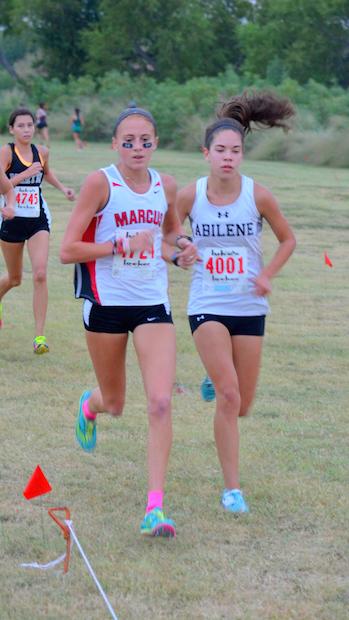 Blunt did not go out hard, instead letting the Southlake Carroll team set the pace before making a move at the halfway point.

"I'm happy with what I did today," Blunt said. "If I want to compete nationally, like have a good race at Foot Locker, I'm gonna need to think of a little more long-term process rather than just run some really fast times really early."

The girls' course record did go down thanks to a 17:32.46 run by Abilene junior Ashton Endsley, who is developing into one of the fastest distance runners in the state of Texas. She only broke away at the two mile mark and was pushed by senior Maddy Reed, who also broke 18 minutes with a 17:43.63 run - nearly 30 seconds faster than last year. Endsley and Reed's times rank US No. 1 and No. 2 at the time of publication.

Reed's Marcus girls team, who competed at NXN last year, looked like a regional contender once again as they scored 48 points for the team title. Their top four runners ran under 19 minutes and placed within the top 12 overall.