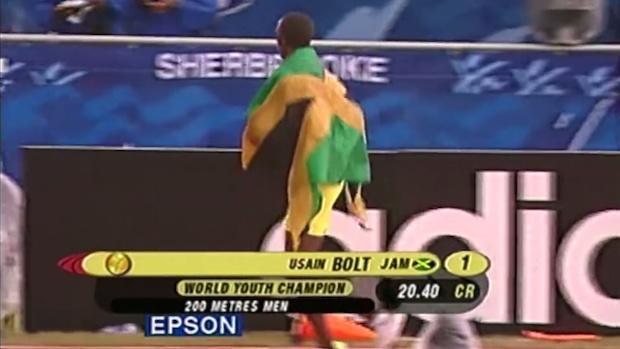 With the IAAF World Youth Championships set to begin next Wednesday, July 15 in Cali, Colombia, the IAAF threw it back today (#TBT) to the 2003 edition in Sherbrooke, Canada, when Usain Bolt won the 200m in 20.40 to set a new Meet Record.

Can anyone take down the record next week?

The top seed in the 200m is Abdul Hakim Sani Brown of Japan, who enters the competition with a time of 20.56. He is also the top entrant in the 100m with a personal best of 10.30. A total of six competitors have broken 21 seconds for 200m, though that number does not include Josephus Lyles of T.C. Williams, Va. or Maxwell Willis of Bowie, Md. who will represent Team USA and are potential upset picks for the podium. Lyles is seeded ahead of Willis at No. 9 on the descending order list with his 21.02 PB, though Willis won the USATF World Youth Trials and ran a superior, albeit wind-aided mark of 20.55 (+2.6) to win the Great Southwest Classic earlier this year.

Who will be the next Bolt? Stay tuned for all the top moments next week on MileSplit!