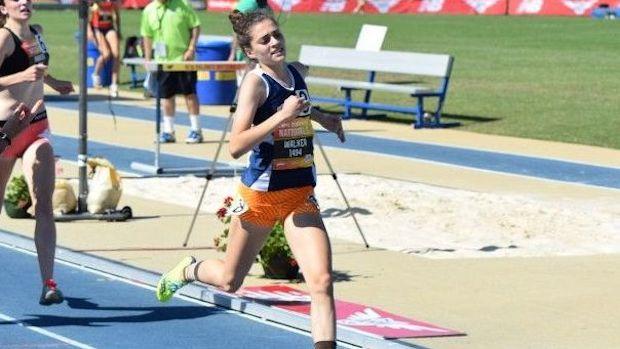 Sarah Walker, a rising senior at Germantown Friends School in Pennsylvania, ran the nation's leading time in the 800 meter run in a summer open meet in her hometown on Tuesday night in a personal best 2:03.70 clocking. She was racing a co-oed open race as part of a summer track series at Germantown Academy and certainly held her own with the guys finishing sixth overall to move ahead of Christina Aragon and her 2:04.00 win at Brooks PR Invitational as the new US #1 ranked girl this spring for the 800. 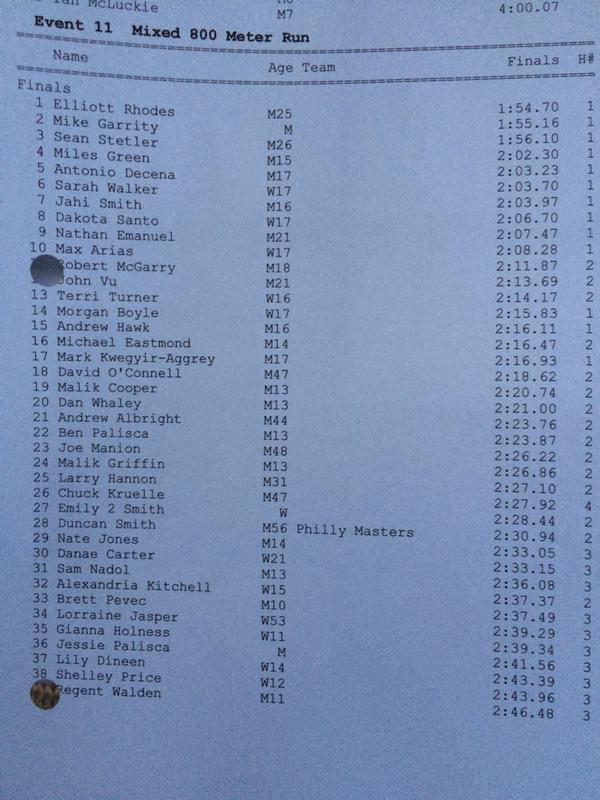 The New Balance Nationals Outdoor 800 meter runner-up Walker has had a busy as well as consistently fast spring and clocked a total of ten sub 2:10 races in 2015. She won the Caribbean Scholastic Invite in Cuba with her previous PR of 2:05.79 in a runaway victory, while finishing third in the finals at the US Junior Nationals in the 800 two weeks ago at Hayward Field. She just missed making the Pan Am Junior Team by only hundredth of a second.

Walker is part of an incredible group of half milers returning nationally for the 2016 outdoor season as eight of the US top ten ranked in the 800 meter run from 2015 will be back next spring.