Elite post-season meets like the adidas Dream Mile have growingly become desired destinations and circled meets on the calendar for many of the nation's top distance runners. Athletes chase after an invitation each week trying to run a fast enough time locally or travel all over the country to find competitive meets to clock an impressive enough performance to make their selection to the field a no-brainer. 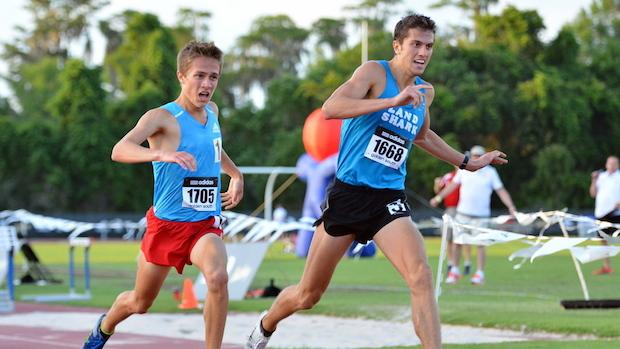 With the invitations starting to run out for this year's boys dream mile, the stage was set for a thrilling race at the Golden South Classic on Saturday in Orlando, Florida as the last auto qualifier for the adidas Dream Mile. The best in Florida were all present including recent Florida 3A state 1600 and 800 champ Avery Bartlett of Chiles, while top out-of-state competition including Conner Mantz from Utah and Bryce Balenseifen from Oklahoma spent considerable time and money to make the trip to Golden South with hopes of getting an all-expenses paid trip to New York City on the June 13th weekend by adidas.

Watch one of the more exciting race videos of the year above in the 2015 Golden South Classic boys mile. Bartlett, Mantz, and Balenseifen all made this one of the best Tasty Races of the 2015 outdoor season!