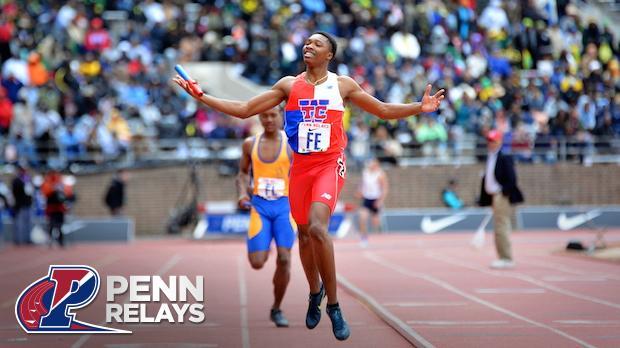 The scary part about T.C. Williams (VA) isn't that it was able to drop a pair of sub 3:14 4x400-meter relay times in the same day at the Penn Relays Carnival.

It's the fact that every one of the four members are just juniors and will be coming back next year.

On Saturday, the Titans finished fourth overall in the championship event with a time of 3 minutes, 13.97 seconds. That clocking came a little more than six hours after running a nation-leading time of 3:12.17 in the morning qualifiers.

Lyles and his twin brother Noah Lyles, continued to demonstrate why they are two of the most dominant quarter-milers in the country. In the finals, Josephus ran a lightning-fast 46.22 anchor leg. His brother did one better, blazing the oval with an eye-popping 45.4 split! In the late morning race, the two siblings both cracked 46 seconds.

Even though it was Jamaica's day in the 4x400m with a sweep of the top three placements, few could argue that it was also Virginia's day at the Penn Relays.

"It feels really good," Josephus Lyles said. "We were shooting for a fast time. We didn't know what we were going to run. Pretty much all the people on our team haven't been running open events. We have only been doing base training. We haven't done any speed workouts at all. To come out here and run this well off a base, that's something right there."

More on the Boys 4x400 Championship of America: 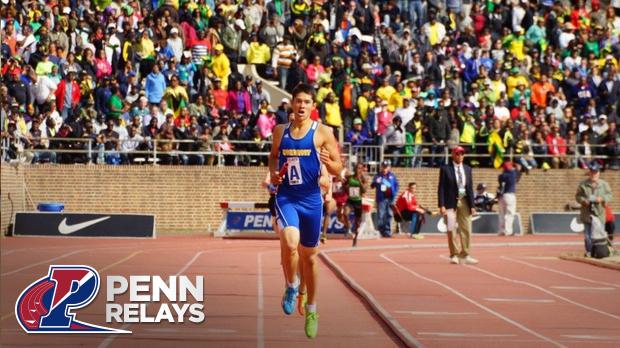 Nordhoff (CA) came into the Penn Relays Carnival with the fastest time among all U.S. entries in the 4x800-meter relay.

It left with a gold watch as the top American finisher.

The recent Arcadia Invitational winners secured third-place on Saturday afternoon with a school record of 7 minutes, 43.93 seconds (US #2). Jamaica's St. Elizabeth Tech won its record seventh crown with a time of 7:38.38, while fellow compatriot Kingston College finished second at 7:38.54.

With the Jamaicans battling for team glory during the final few laps, Nordhoff's Cameron Kunde blazed his anchor in 1:52.98 to overtake Zach Yuger of Pennsbury (PA) with about 150-meter remaining to spur his team to their first U.S. placement.

“There was no way I was going to let him beat me," Kunde said. “I work too hard to get here. I've run races before where I have gone out too fast and then I die because of passion. Today, I knew that if I held my own pace coming down the homestretch I could get him."

Landis Meyer, who ran the third leg and has 51-second 400m speed, improved on his best for the two-lapper with a 1:55.42 split. He was motivated by the numbers on the digital clock.

“By the time that I got (the baton) with our time better than anything we ran," he said, “I really didn't want to let these guys down, and tried to hold down against those teams."

More on the Boys 4x800m Championship of America: 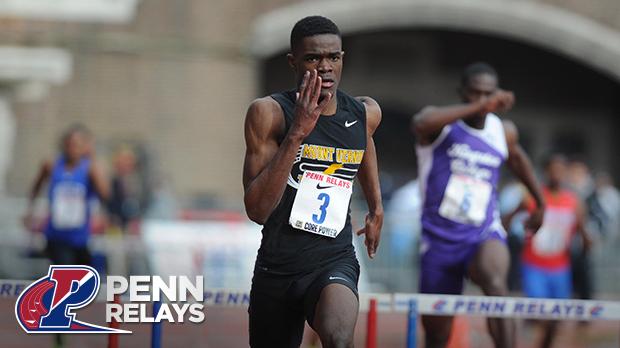 It wasn't before a boisterous crowd like the one he faced in the Bahamas at the beginning of the month when he ran an all-time best in the 400-meter run at the CARIFTA Games.

But similar to that race, where he challenged the Jamaican Junior record-holder for the individual title, Rai Banjamin (Mount Vernon, NY) nearly stole the show in the 400m hurdles Saturday morning at the Penn Relays Carnival, taking runner-up honors to Jamaica's Marvin Williams (St. Elizabeth Tech) with a US #1 time of 51.29 seconds. Williams, last year's second-place finisher, was mere strides ahead at 51.10.

Benjamin, a third-place finisher in last year's race, was once again the top U.S. hurdler in the field. He admitted he wasn't completely flawless in his race, but was content with how it turned out.

“I went out slow because all week in practice I have been going out consistently fast and losing at the end. That's the only part I mess up, at the beginning of the race," Benjamin said. “This time I was pretty smooth. I switched (legs) once. This is my second time going over hurdles in outdoor. I am pretty happy with it."

The versatile Benjamin entered the race after two consecutive sub 47-second clockings for the 400m, his fastest coming at CARIFTA where he was .34 of a second behind the homeland's Akeem Bloomfield with his time of 46.19.

Learning to make the adjustments between his two different 400m events has been the biggest “hurdle" he has faced. Judging by his success, he seems to be doing just fine.

Benjamin is now preparing for the championship season and also the upcoming Glenn D. Loucks Games in early May. He might even compete back on the island where he'll represent Antigua.

“I was contacted a few weeks ago to run the World Championship Relays in the Bahamas," he said. “I don't know if I'll go or not. It all depends on how my training is going and discussions with my coach and mom."

More on the Boys 400mH Championship: 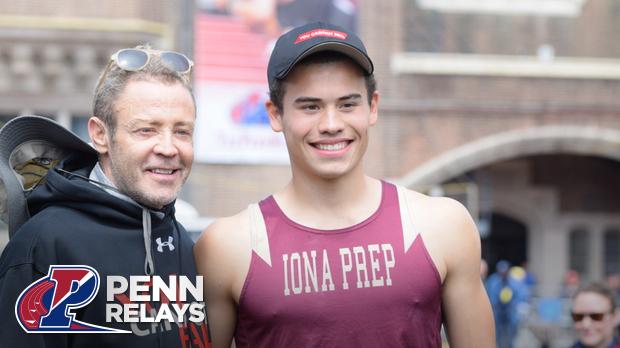 Ryan Herrera-Murphy (Iona Prep, NY) has been off to a great start this outdoor season.

And it just got better.

Despite unfavorable conditions, Murphy matched his personal best of 15 feet, 9 inches in the pole vault on Saturday. It was an effort that earned the talented senior the individual title at the Penn Relays Carnival.

“Today it was a bit windy at the end," said Murphy, who was third at last year's meet. “But I just came in here with a clear mind set and did the best that I (could)."

Murphy tied his PB with the leap, which he also did at the NYSPHSAA-NY Indoor State Championships last month. After a height of 14-10.25 at the New Balance Nationals in mid-March, the Iona Prep standout has been on a roll.

Within the last month, he captured both the ASICS Mt. Carmel Invitational (15-8) and Iona Prep/Ursuline Invitational (14-6) and was second at the New York Relays (15-0) two weeks ago. Looking ahead, he's eying a defense of his crown at the Loucks Games (May 7-9).

“We just bought a new line of poles and we moved to an eight step," he said. “This is my second meet at eight step so it's still a little new to me. Hopefully with the big poles I'll jump to big heights."