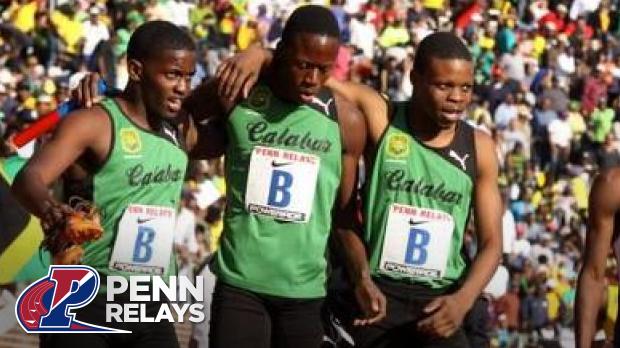 Calabar won the High School Boys 4x400m Championship of America in 2013. Their road to victory just got a lot smoother with the reinstatement of captain Michael O'Hara.

The decision comes after a tumultuous week for the high school senior, who was declared ineligible by the Pennsylvania Interscholastic Athletic Assocation (PIAA) last Monday, April 13, amidst allegations that he had signed a professional contract to represent Jamaican telecommunications company Digicel as a brand ambassador.

With O'Hara back on the track, Calabar becomes dangerous to not only win the Championship of America in both the 4x100m and the 4x400m, but to break the Relays Meet Records in each event.

O'Hara did not race on the 4x400m at the Jamaican Champs, but will likely compete on the relay at Penn. He split 45.7 on last year's third place squad and owns a personal best of 10.19 in the 100 meter dash.