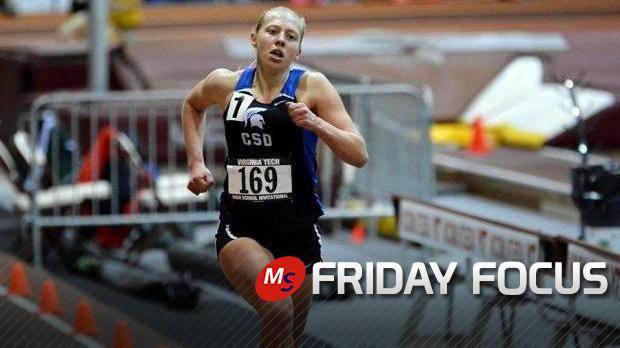 Malia Ellington is an 11-time North Carolina State Champion but the title that stands out the most to the senior may be the Community School of Davidson's team cross country championship. The Harvard commit is prolific racer with personal bests of 2:11.56 for 800m, 2:53.23 for 1k, 4:50.58 for Mile, 10:30.07 for 3,200m and 18:20.7 for 5k but what many casual fans may not realize is she is an elite triathlete and won the 2013 ITU World Sprint Triathlon Championship. Ellington is part of the loaded field at the New Balance Grand Prix Junior Girls' Mile this Saturday, where she hopes to finally break the 4:50 barrier in the mile.

MileSplit: Good luck this weekend at the New Balance Grand Prix Elite Mile! What is your race strategy for the event?

Malia Ellington: There are a lot of other fast runners in the race, and there should be a strong front pack. I want to stay with the pack in the beginning, and then focus on having a strong kick at the end. I'm definitely shooting for a season best in the mile and maybe an all time PR.

You have run 4:50 for the mile and its equivalent several times. What would it mean to break the 4:50 barrier?

Breaking the 4:50 barrier is definitely one of my goals. This weekend would be a great time to do it :)

How do you feel about your fitness right now? Run us through a typical week of training for you, including cross training.

I'm feeling strong going into my last few big indoor meets. My typical week consists of 3-4 practices with my school team and a long run on my own. I usually swim 2-3 times a week at my local YMCA and get in at least 1 bike ride.

This past weekend, you briefly held the North Carolina All-Time High School Record of 2:53.23 for 1k in placing third at the VA Tech Invitational. Sophomore Nevada Mareno took the record the same day, clocking 2:49.79 to win the Eastern High School Challenge. How did that experience feel? Did you even realize you had the record before Mareno beat your time?

I was extremely excited about running 2:53.33 because it was a 4 second PR. The VA Tech Invitational didn't have a finish line clock, so I didn't know my time until my coach told me after I walked off the track. I also didn't realize I had broken the NC record until Jeff George, head of NC Milesplit, tweeted about it. I found out later in the day that Nevada had beaten my time, and that the 1000m record had been broken for the second time in one day. It was impressive for Nevada to run 2:49.79 solo! NC definitely has some great runners!

In addition to Mareno, you have tough in-state competition versus the nation's top miler in Ryen Frazier. Tell us about your in-state rivalries; do you face off against these ladies often? Do you ever train together?

I attend a small charter school, so I don't always get to race the other top girls in NC during state championships. However NC Runners (NC Milesplit) does a great job of running elite meets and inviting all the top runners to attend. Not to mention all of the other fantastic meets in North Carolina like Raleigh Relays. Unfortunately I don't get to train with any of these girls during the school year because we don't live close enough to each other, but many of us go to the All-American XC Camp in the mountains of NC during the summer.

Tell us about your athletic background. When did you first start running and what other sports did you play as a child?

In elementary school I did dance and gymnastics. I started running in middle school when I joined the cross country team. Around the same time, I started swimming on my local YMCA swim team. Then I started running track in high school.

You are an accomplished triathlete as the 2013 Sprint National Triathlon Champion and 2013 ITU Sprint World Champion for 16-19 age group. How did you get your start in the triathlon?

I did my first triathlon while I was in middle school. It was a local kids triathlon that was part of a race series that had four races throughout the summer. It wasn't until the next summer that I did my first full-length sprint triathlon with an open water swim. Eventually I began racing on the USAT Junior Elite circuit and competing in races across the country.

Tell us about your win at the Sprint World Championships. Was that the highlight of your athletic career thus far?

The 2013 Sprint World Championships were in London, England, and the race took place in Hyde Park (the same course as 2012 Olympics). It was an incredible experience to race as part of Team USA. I really enjoyed meeting other athletes from all over the world. Winning a world championship has definitely been one of the highlights of my athletic career, however, it might be a toss up between that and standing on the podium with my teammates when we won a cross country team state championship this last fall. 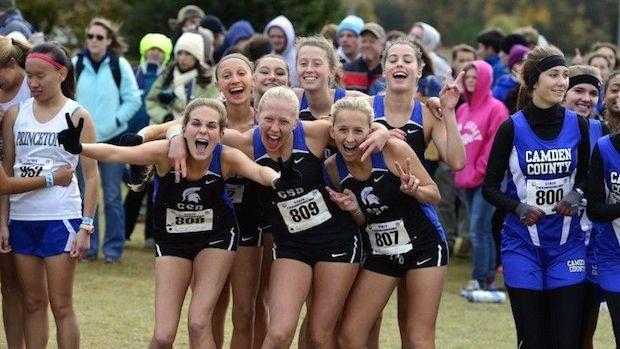 How does the triathlon help you in track and cross country?

Running is the last leg of the triathlon. Practicing running hard after I'm already tired from swimming and biking has helped my endurance.

What was it like to attend the Olympic Training Center for triathlon camp?

Going to the Olympic Training Center was amazing! Having the opportunity to learn from some of the top coaches in the country was incredible and it was motivating and inspiring to be surrounded by so many elite athletes.

Congratulations on your decision to compete for Harvard next year! How did you make your decision and what other schools were you considering?

Harvard was the best fit for me both academically and athletically. I really had a great time with the team on my official visit. I also visited UNC Chapel Hill, Wake Forest, and Stanford.

What do you plan to major in?

I haven't decided on a major yet, but my interests lie in the math/science fields.

What events do you plan to focus on in college? Will you still compete in triathlons?

I plan to focus on track and cross country in college. I probably won't be competing in many triathlons, however I will keep swimming and biking as cross training.

Tell us about your area of North Carolina. What makes your town of Davidson a unique place to run?

Davidson is a small town located just north of Charlotte, NC. Sometimes my cross country team will warm up on the town green and do group runs around town. People passing by are always waving and cheering us on. There are also a couple of great trails including Davidson College's XC course and my home XC course which is at a local park called Fisher Farm.

What southern traditions are you looking forward to sharing with your New England teammates next year?

If you had a day free from any responsibilities, what would you do?

Relax, hang out with friends and family....probably go running :)

What your most embarrassing running or triathlon-related moment?

In one triathlon I did a few years ago, the temperature on race morning was 39 degrees. My hands were so cold after I got off the bike that I couldn't unclip my helmet. I ended up running the entire 5k run with my bike helmet on.

What did you eat for breakfast this morning? Yogurt, granola, and a banana

If you could workout with any athlete (past or present, from any sport), it would be... Steve Prefontaine 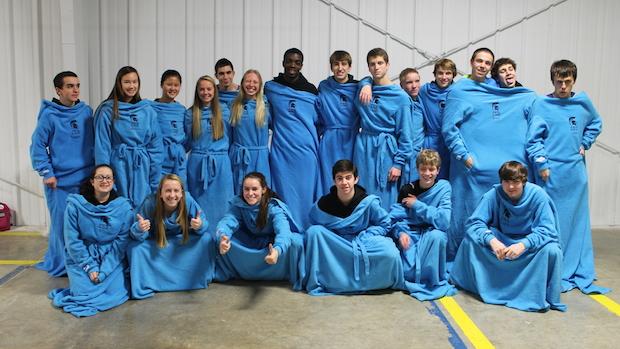 Our newest team apparel for indoor track is team snuggies! The last picture is my whole team wearing our new snuggies. I think we might be starting a new trend :)