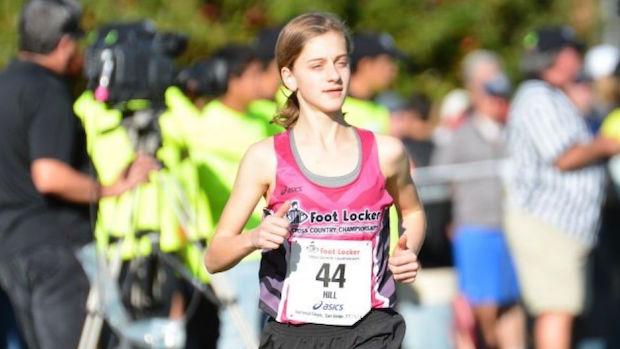 
Five days after Annie Hill broke the Montana state record with a 16:30 three mile, we got the Glacier High sophomore on the phone. She was eighth at Foot Locker a year ago, and has been consistently better in 2015 than she was in 2014, beating 4:37 miler Christina Aragon by at least ten seconds all four times they've faced off this fall. The precocious Hill told us about a brutal workout, her finest art, and much more.

Jojo Gretschel: What's your typical week of training like?

The hardest Tuesday workout we ever did was 20x400 on the grass averaging around 70 seconds, with 30 seconds recovery. We pretty much hit all of them, with a different person leading each one. Like all of our workouts, we did that with the boys team. That was the first time we did that many.

Wow. How did you feel that day when your coach said you were doing twenty?

He didn't tell us. He just said "start with one at a time," and we just kept going, for a long time. Before that, the most we had done was twelve [400s] in track. He finally told us before #20 that it was the last one.

We were pretty tired by that point, but our coach makes sure that all of our workouts are confidence-boosters. 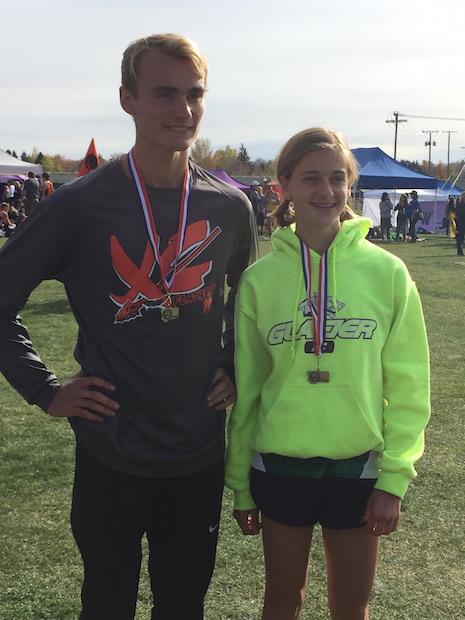 So we heard you broke the Montana state record--

It was 16:33 by Makena Morley from last year. Going after that was my plan.

--can you break down the whole day of the state meet for us?

The meet's four hours away, so we drove down the night before. We got up at like 6:00 a.m., showered, had some oatmeal for breakfast--I don't eat very much [on race day] because I get really nervous. Then our race was delayed half an hour! So we warmed up and went to watch the boys team--their race was two races before ours.

I usually start out a little faster. Our first mile was 5:26, which was so much slower than what I had planned; my dad had me at like, 11:13 at two miles. Christina [Aragon] was a little behind at the mile, but she slowly caught up over the next mile, and then I went with 800 to go.

Even though it was my goal to break the record, after we passed the two mile, I thought "we're kind of far away from that now, never mind." Then I saw the clock at the finish and was really excited!

Christina had a great spring with her 4:37, which makes her the best returning miler in the United States. Are you a stronger cross country than track runner? Were you expecting to beat her this fall?

Well, I'm lying if I say that it was easy to run against her. It's really nerve-wracking to run against nationally ranked runners like her and Bryn [Morley, Makena's sister and a Foot Locker qualifier], but they make me faster.


How old were you when you started running? Did you play other sports growing up?


I started running in sixth grade. I might've done soccer when I was really little for like one season, but that's it, didn't really do other sports. 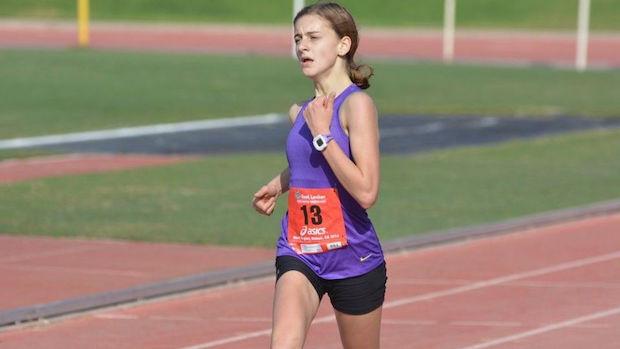 Whose idea was it for you to join the track team?


My older brother started cross country when he was in seventh grade, and he was one of the coaches for my middle school track team. He's a freshman in college now, but we did do a lot of running together when he lived at home and he was a big help in supporting my running.

Last year, you were obviously not just one of the best freshman in the country but best runners in the country, period. Did you start approaching that elite national level as a middle schooler? Or did it all come together last year?

It was my goal for that season to break five minutes, and I did it with Bryn for the first time at our second meet. Then at our last meet, we really pushed it and we broke it by a ton.

I've never been to Montana, and I don't think most of our audience has, either. Can you describe your hometown and home state?


Glacier High School is in Kalispell. We live in the Flathead Valley, so there are mountains all around and the weather's really, like, unpredictable. We were 90 degrees one meet at 40 the next. It's really pretty.

My favorite trail is the Whitefish, a little north of us on the Lion Mountain. It's really up and down, and it's not just straight up.

Do you do a long run every week? If so, how long?


My most is about fifteen; sometimes I'll do like, ten or eight.

Now that state is over, which national meet are you looking at? Foot Locker West and NXN finals are the same day.

I'm planning to go to the Nike regionals in Boise [on November 14] and then I think the Foot Locker regionals [December 5] and hopefully nationals.

So you want to do the Nike regional as kind of a warmup?

Annie Hill talks to Brandon Miles of MileSplit after finishing eight at Foot Locker Nationals as a freshman.


What was your Foot Locker experience last year? Were you expecting to go there and get top ten?

Not really. I didn't know what to expect; I didn't quite know who all of the people were. I just kind of ignorant, I guess.

I had never been to California before Foot Locker regionals. It was a really fun way to end the cross country season last year.

Traveling around the country for track is really fun.

What do you like to do outside of running?


I'm an artist. [laughs] I use paint chips and paste them on to paper.

What is that called? Or did you just make it up?


Yeah, I kind of made it up. When our parents built our house, I would collect the scraps of paint chips that they had. 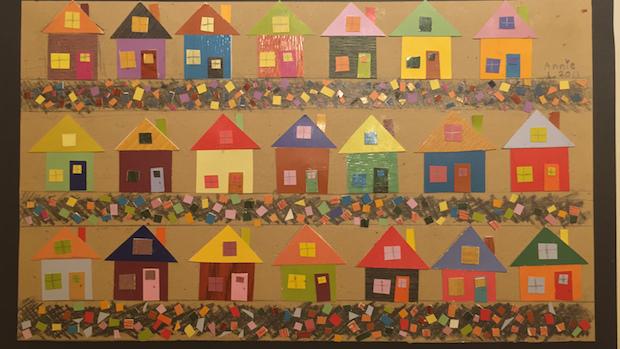 I also play the violin and the piano. I've been playing the piano since I was four, and the violin since sixth grade. Though I'm not very good at either--I kind of just do it as a hobby. I play in the school orchestra.

Has anything crazy to your or team on a trip or a run?


I got lost once! A couple of my teammates and I got lost on a trail eventually found a house somewhere in the woods at like, midnight. All our parents were out looking for us, it was pretty scary. It was the summer, so we had started the run at six or seven in the evening.

We were kind of all over the place. I was either running, crying, or yelling the whole time. We haven't gone back to that trail again, but I probably would.


I want to do well at the regional and national meets, and continue to improve. I always want to win, but top three at Foot Locker would be really awesome.

One more question. I saw that a local reporter in Montana tweeted that next year you want to get that state record under 16 minutes. Is that in the plan?


That's one of my goals! I've really been working for it.