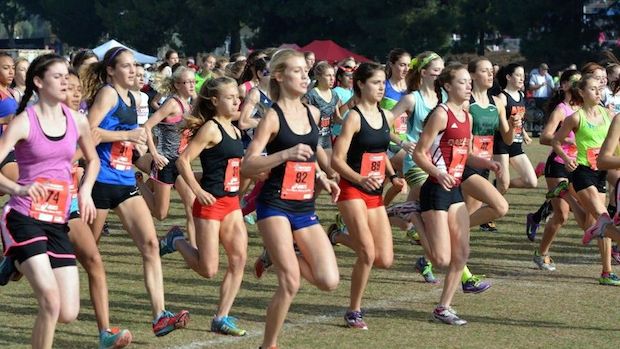 All season long, one runner had the defending Foot Locker West Regional champion Makena Morley's number. Annie Hill, a freshmen from Glacier High School in Montana, had defeated both Morley and her kid sister Bryn Morley in all 3 head-to-head races this season. In order for the elder Morley to be the best in the West again, she first had to show herself as the best from her state. 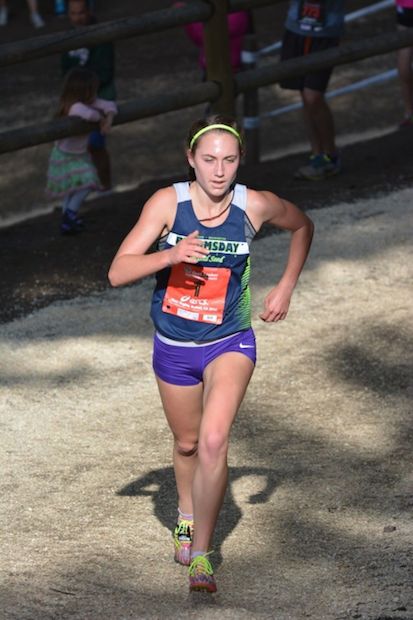 Escaping the cold and snow of Montana for the sunny, but muddy venue of Mt. SAC in Southern California, the state's top 3 runners early on in the seeded race at Foot Locker West appeared to be taking it to the girls from California and a potential sweep was in the making. Makena Morley led through the first mile in a 5:10 split, but then started to open up a lead on Hill and her sister as well as the field in the second mile with a 20 plus second advantage at the two mile in 11:03. 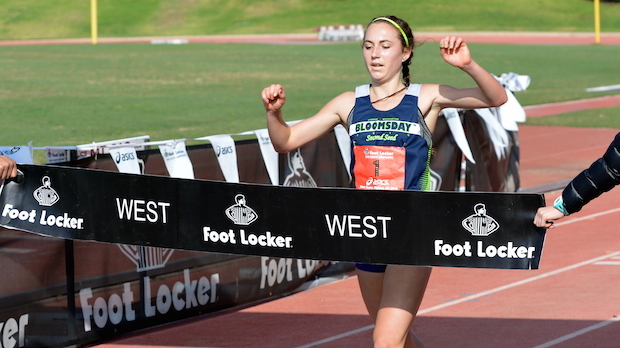 The 4-time Montana state cross country champ and returning Foot Locker All-American (8th last year) continued to build upon her lead in the final minutes of the race as Morley won with a time 32 seconds faster than her 2013 win in the same meet in a 17:33 clocking. A total of 28 seconds would lapse until the next runner would cross the line. A strong bounce back race from Morley after a subpar 5th place showing in the snow at NXN Northwest two weeks ago. 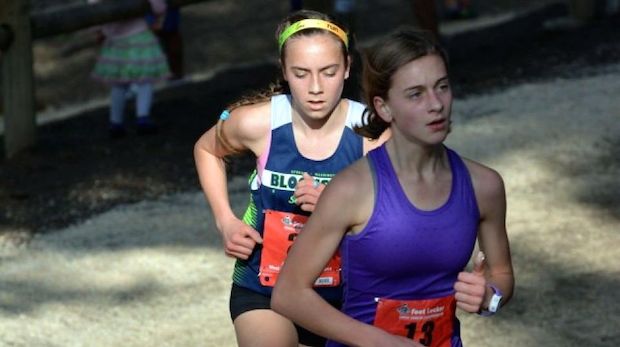 The two Montana freshmen Hill and Bryn Morley still maintained their top 3 positions at two miles in 11:24 and 11:28 respectively, but the hot early pace which they attempted to follow the 3-time Foot Locker finalist Makena Morley caught up with them in the last half mile on challenging Mt. SAC course. 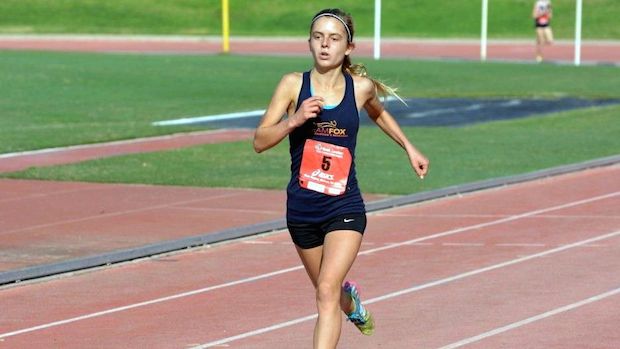 More experienced runners with the Mt. SAC course patiently moved themselves up in the final stages led by California Division 4 state champ Caroline Pietryzk. Pietryzk, who just missed a national appearance last year with a 11th place finish in the 2013 Foot Locker West Regional, will not be sitting at home next weekend and instead racing at Balboa Park in San Diego after a runner-up finish of 18:01 on Saturday.

Another Division 4 runner from California in Menlo School senior Elizabeth Lacy ran well in the final kilometer to chase down the Montana freshmen and secure a strong national bound finish of 18:03 for third place.

A slightly disappointed Hill ended up taking fourth place in 18:10 as she was dealt her first loss of the season to Morley. Hill and the younger Morley, Bryn, both now have the opportunity to potentially becoming rare 4-time Foot Locker finalists as Bryn came across the line in 6th place with a time of 18:16. Both runners had qualified for Nike Cross Nationals with their races at the NXN Northwest Regional, but opted to pass on racing in Portland for an opportunity to qualify for Foot Locker Nationals.

Rounding out the top 10 qualifiers from the West Region girls was all California with Toni Finnane of Campolindo, Claire Graves of Citrus Valley, Kendall Derry of Bella Vista, Grace Ling of Lynbrook, and Kimberly Coscia of South Torrence. 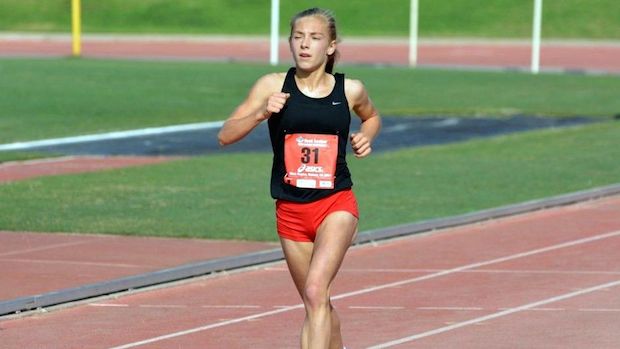 Finanne qualifying for Foot Locker Nationals is quite remarkable considering this is her first season of competitive runner ever despite being a senior coming off the soccer fields. She had just missed a spot as one of the individual qualifiers for NXN from the state of California in the state meet merge with her runner-up race, so her 5th place finish at Foot Locker West is a very adequate consolation. 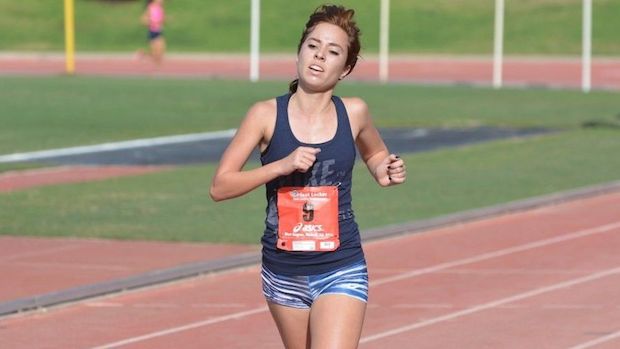 The sophomore Graves (7th, 18:32) joins the freshmen Hill and Morley as the three underclassmen on a West Region girls team which sends only one runner with Foot Locker Nationals experience in two-time regional champ Makena Morley. It will be interesting to see how this group of 7 Californians and 3 Montanans fares against the 40 best at the 2014 Foot Locker Nationals.