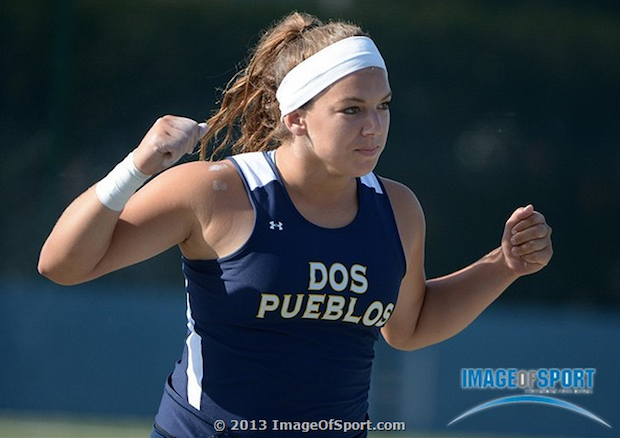 Don Pueblos (CA) senior Stamatia Scarvelis threw for a new US #1 of 53'3.50" at the Trabuco Hills Invitational on Saturday in California, which ties her for US #6 all-time outdoors in the event on the high school national list.  It was an outdoor personal best for Scarvelis, who threw her all-time best indoors this past winter at the Simplot Games with a 53'8.50" for the UCLA signee. Third at the New Balance Nationals Indoor in March, Scarvelis probably has more marks over 50 feet than any current high school thrower in the country and is one of several that is looking to challenge the national outdoor record of 54'10.75". 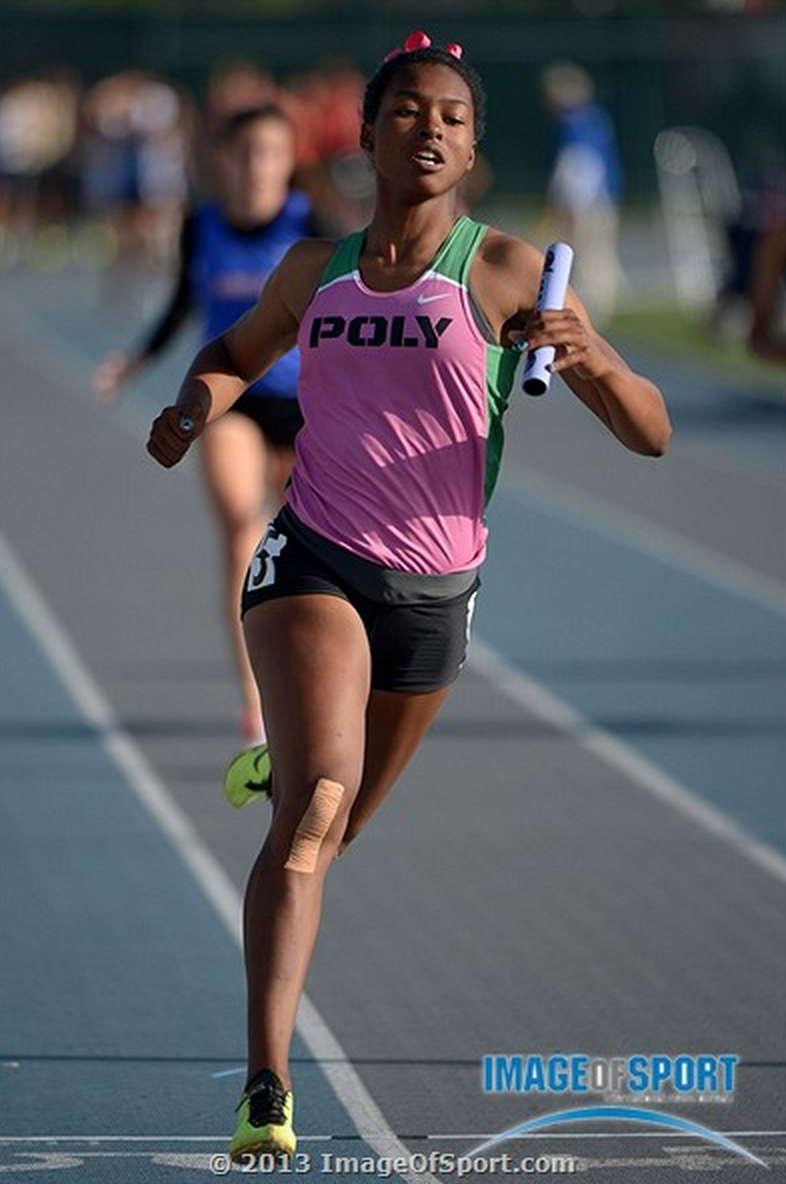 The Long Beach Poly girls, fresh off their long trip to the Texas Relays in which they did battle with the St. Thomas Aquinas girls of Florida, were incredibly dominant in their first back in their homestate. The Poly girls swept the sprint relays with swift winning times of 46.18 in the 4x100, 1:41.05 in the 4x200, and 3:48.75 in the 4x400, which would put them all among the US top 5 in those events.

Individually, Ebony Crear in the hurdles and Ariana Washington in the sprints starred for the Long Beach Poly girls. Ariana Washington is no stranger to national spotlight as a World Youth Championships team member and the nation's fastest returnee in the 100 and 200 meter dash from last spring. At Trabuco Hills High School, Washington won the 100 meter dash in a stellar 11.57 clocking and just under the wind legal threshold at a 1.9 wind reading to make her the new legit US #1 performer in the event for the 2014 outdoor season.

After jumping in the 39 foot range several times, Citrus Valley (CA) senior Rian Young-Warner decided to skip the 40 foot barrier altogether and go ahead to 41 feet. Young-Warner was able extend out for the breakthrough triple jump to move herself to a US #5 ranking in the event. The mark was slightly wind-aided, so Young-Warner will be looking to prove herself again without wind assistance the next meet up.

On the boys' side of the meet, Austin Tinsley of Santa Margarita Catholic had one of best performances on the day with a US #4 victory of 37.55 in the 300 meter hurdles, which knocked over a full second off his previous personal best in the event. The pole vault saw a 16 foot clearance from Carl Johannson of Lutheran in Orange County, which nationally almost 2 dozen vaulters have now cleared the lofty height. Not to be outdone by their female counterparts, the Long Beach Poly boys took home the 4x400 meter relay to close the meet with a US #8 time of 3:15.95. California state best performances for Tinsley, Johnannson, and the Long Beach Poly quartet.