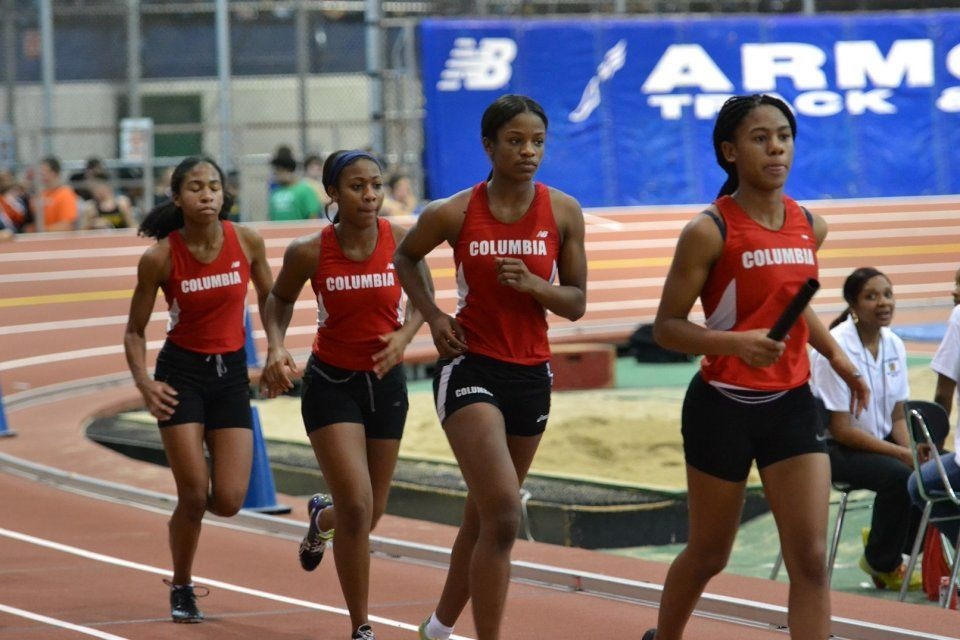 The Columbia girls of New Jersey rocketed off the banked track of the Armory for all four legs of their 4x400 meter relay to run the nation's fastest time in the relay event by four seconds with a 3:48.06 clocking. They were last year's US leaders with a season best of 3:42.03 from a year ago. Prior to their race, the Garden City (NY) girls posted a US #3 time of 3:55.48, which is easily the New York state leading performance. The Columbia girls moved themselves up to US #5 all-time indoors last year in the event, can this year's quartet go even further up on the all-time list and challenge their year old New Jersey state record? 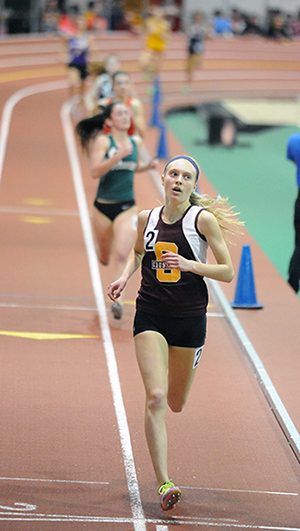 The state of Pennsylvania was well represented going into the race on paper with the defending Millrose Trials mile race champion from last January in Kennedy Weisner of Elk County Catholic as well as the Foot Locker Nationals champion from this past December in Tessa Barrett of Abington Heights to set up for the potential of a sweep of the top places. It was still impressive to see regardless in the finals results with Weisner once again able to earn herself an auto berth into the Millrose Games mile with a US leading time of 4:55.37, while two other Pennsylvanians in Pennridge's Marissa Sheva (2nd, 4:56.94) and Cumberland Valley's Mady Clahane (3rd, 4:57.62) were able to finish between Weisner and the fourth place finishing Foot Locker champ Barrett (4:59.53) all under 5 minutes. US 3K leader Maddy Berkson from Classical High School in Rhode Island was 5th in 5:02.81 and Tappan Zee's Erin Jaskot was the top New Yorker in 6th at 5:04.92. 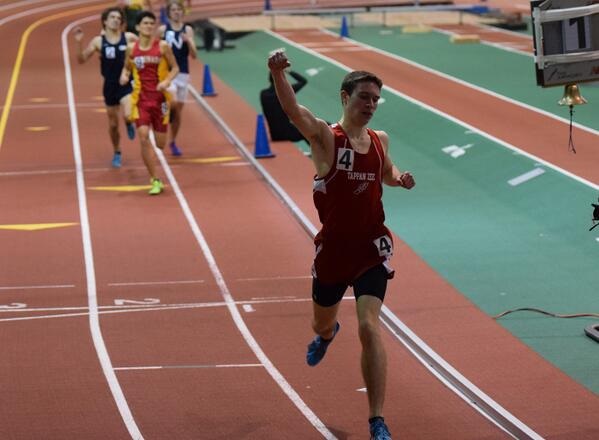 
In our meet preview, we mentioned Tappan Zee junior Luke Gavigan as an under the radar entrant to not sleep on and would have a lot of momentum coming off his first sub 4:20 race of the season this past weekend in a Section 1 league meet. He made us look really good with a 59 second last 400 to totally upstage the well known name favorites and run another huge PR in short time window from last time drop with a 4:15.68 victory. Tonight's performance has to be Gavigan's signature win to date after showing much promise running 4:20 for 1600 meters as a freshmen in the outdoor season. Gavigan is now the US leader in the mile. Sub 4:10 1600 meter runner Sean Kelly of Chaminade (NY) finished 10 meters back in second place after co-leading midway through. . 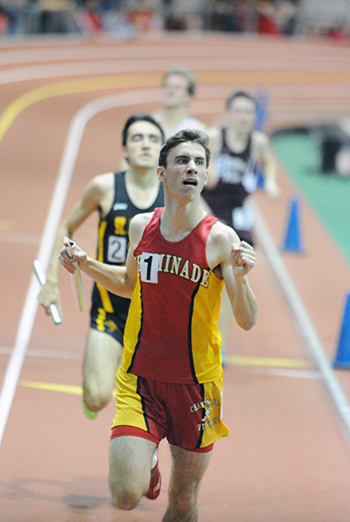 The Chaminade boys had run the nation's top 2 times in the country with their "A" and "B" teams evenly spread out at  8 minutes just the other weekend at the Armory in the CHSAA Varsity meet. Without Kelly on their relay since the invitational mile was in too close proximity of the race, Chaminade still was able to be victorious on Wednesday night and lower their season best and US #1 time down to 7:56.18 with 3 other schools just behind them under 8 minutes and making for the top 4 times in the country being produced from the meet. 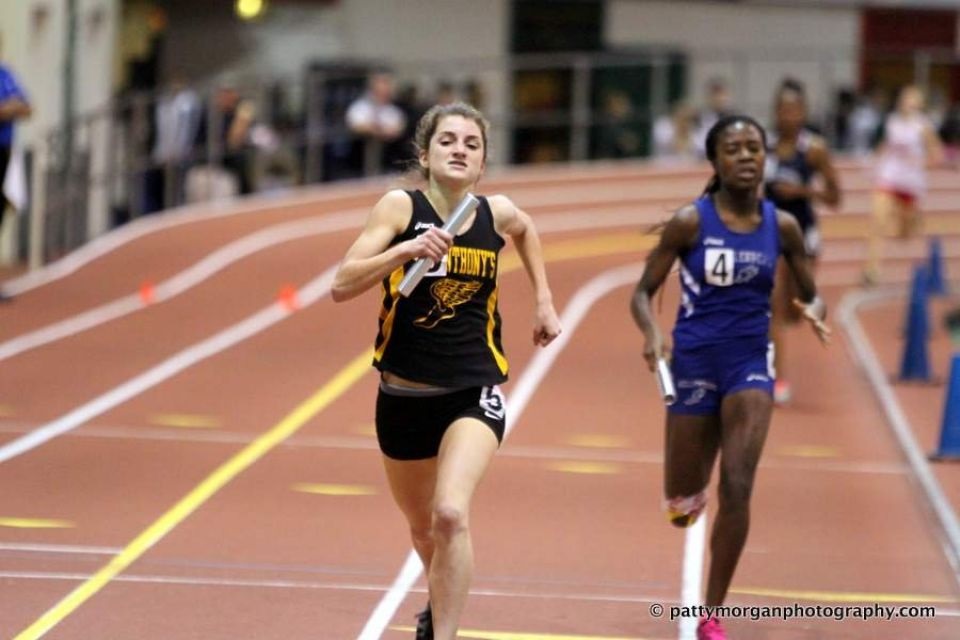 Arlington's Trenten Beram continues his impressive indoor campaign in the sprints including a US #9 clocking in the 55 meter dash and assert himself ontop of the New York state leaderboard at 6.41. The girls 55 meter dash was a photo finish with another Arlingon sprinter in Zola Golden almost claiming first, but Dasia Pressley from Neshaminy High School in Pennsylvania was able to just edge her out at the line with both runners timed at 7.19.

More to come from our Millrose Trials coverage including race photos and interviews!