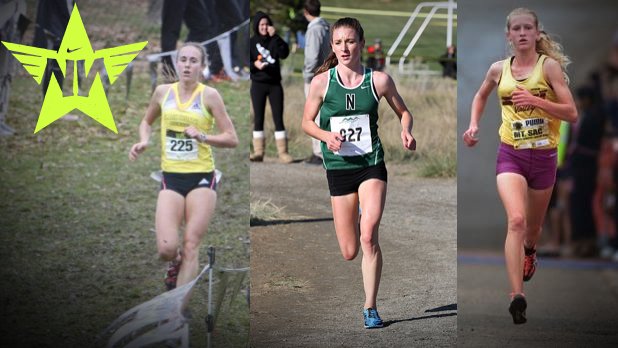 The girls individual race at NXN will be the best individual national race of the season and perhaps the best NXN match-up in the history of the event.

The fact that there are three favorites at the front of this race is inescapable.  The fact that one of these three will win is also just about as likely as the sun rising tomorrow morning.

Sarah Baxter (CA) enters the season undefeated as a high schooler and a two-time defending champion.  She is arguably the best prep cross country runner  The senior runs fearlessly at the front and isn’t afraid to put away the competition early in the race and then hang on for the win.  It is a strategy that has worked very well for her in the past, but could this be the year all that changes?  She has a speed rating of 161 entering the competition but there are two others rated at 159.

Elise Cranny (CO) has steamrolled through Colorado this year and has developed the strength to go with her scary 4:15 1500m speed.  Elise is undefeated on the year and beat a collegiate field in the Rocky Mountain Shootout with a time of 20:39 over 5.8k at 5300 feet.  She also has run in the 16:40’s two times at altitude so far this fall, a certain testament to her growing strength as a runner.

The other runner is Alexa Efraimson (WA) who also took down an elite collegiate field at the Bill Dellinger Invite with a time of 16:35 over 5k, beating eventual NCAA runner-up Emma Bates in the process.

Could Elise or Alexa pose a serious threat to Baxter for the overall title?  It is certainly possible and would certainly not be surprising given the credentials and race savvy these two possess.

There is still an incredible wealth of talent behind these three, and to count anyone else out of a podium spot would certainly be a mistake.  Soph Fiona O’Keeffe (CA) is coming off a very fine race at the California state meet, winning the D1 title with the 2nd fastest time to Baxter.  Taylor Werner (MO) is a super-soph in her own right and finished 13th last year at Foot Locker as a frosh.  She has had an incredible sophomore year riddled with course records and a state title as well.

Marissa Williams (CA) finished 8th last year at Foot Locker and comes into this race as a more experienced junior who finished just a few ticks behind Fiona at the CA state meet.  Another pair of great sophomores include sisters Bethany and Megan Hasz (MN) who went 1-2 in a strong showing out of the Heartland regional.  Two other strong contenders include Bethan Knights, the D3 CA state champion and Ella Donaghu (OR), who went toe to toe with Efraimson a few times during the year.

My pick for the individual title is Alexa Efraimson from Washington.  Her tough nature and ability to rise to the occasion and defeat elite collegians is difficult to ignore.  Of course Baxter won't just lie down and give the title away.  The finish will be very close between Alexa, Sarah, and Elise.