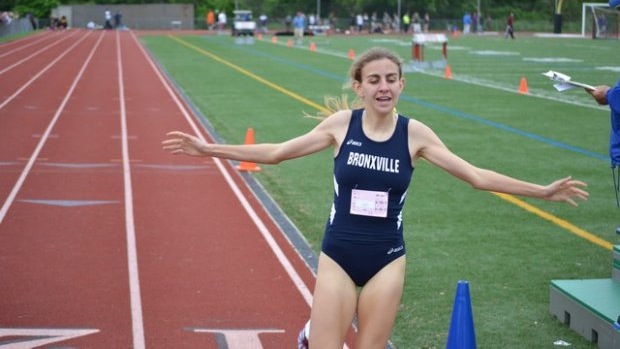 Phenom Mary Cain to Debut in Boston in 2-Mile

“It will be something special to see a special young talent like Mary in the same race with some of the world’s best,” said Mark Wetmore, meet director. “If recent results are any indication of her fitness, fans at the Reggie are in for a real treat on February 2nd.”

Fresh off her 2013 season debut in Seattle this weekend, the 16-year-old Cain, from Bronxville, NY, has already begun rewriting the record books. Coached by Alberto Salazar and competing unattached, Cain smashed the previous high school best time for 3000 meters with an eye-popping time of 9:02.10. Cain’s time, despite being run indoors, betters Lynn Bjorklund’s previous US high school best for 3000 meters of 9:08.6, set at an outdoor USA vs. USSR dual meet all the way back in 1975. Cain, who won the US Junior Championships in 2012, set the high school national 1500-meter best of 4:11.01 at the World Junior Championships in Barcelona in July. The indoor 2-Mile high school best is 9:55.92 and has belonged to Melody Fairchild since 1991.

In other weekend action, a pair of Rhode Island athletes stepped forward as the first official confirmations in the New Balance Indoor Grand Prix Junior Invitational Miles with victories in both the boys’ and girls’ miles at Saturday’s Dartmouth Relays. Wilbur, of LaSalle Academy in Providence, who will compete in the junior girls’ mile, says, “I am very excited about the New Balance Indoor Grand Prix. I would love to break 5 minutes there.” Kelley, of Chariho High School, punched his ticket with a 4:20.13 victory. The rest of the fields will be confirmed soon.

The 18th-annual New Balance Indoor Grand Prix is the first stop in USA Track & Field’s Championship Series. It begins at 5 p.m. on Feb. 2 at the Reggie Lewis Track and Athletic Center at Roxbury Community College. Tickets and meet information can be found on-line at www.nbindoorgrandprix.com or by calling 1-877-849-8722.

New Balance, headquartered in Boston, MA has the following mission: Demonstrating responsible leadership, we build global brands that athletes are proud to wear, associates are proud to create and communities are proud to host.  New Balance employs more than 4000 people around the globe, and in 2011 reported worldwide sales of $2.04 billion. For more information please visit http://www.newbalance.com.