Christ School's Rocky Hansen, the eighth-ranked athlete on the most recent MileSplit50 national rankings, wrung up the seventh-fastest time in course history at the WakeMed Sports Complex on Saturday at the adidas XC Challenge, clocking a winning time of 14:45 to take the high school championship section.

His performance during the high school portion of adidas XC, however, was the fastest in meet history, surpassing Connor Lane's time of 14:59.30 from 2015.

Overall, Hansen became just the 33rd boy to go under 15 minutes on the course, which also hosts the Great American XC Festival in October and the Team Southeast Regional in November. Brodey Hasty, the former star from Brentwood (TN), ran a course record in 2016 at Great American.

This was the second sub-15 performance from Hansen in two weeks. The Wake Forest University commit ran 14:57.60 at the Eye Opener meet in South Carolina to begin his campaign.

Following a breakthrough outdoor season that saw him hit times of 3:59.26 in the 1,600m and 8:51.60 for 3,200m, Hansen expects to be among the nation's elite in cross country. He is a returning NCISAA State Cross Country Champion. 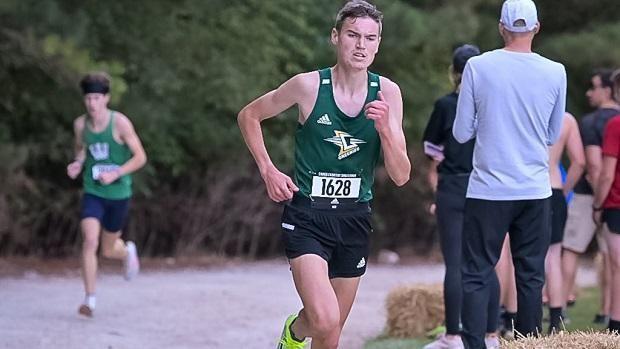