Days after the mass shooting that would change their New York community, an otherwise meaningless encounter turned into something bigger for Nyrelle Simpson. She couldn't help but feel that way.

Most days, the 18-year-old saw her classmate and track and field teammate, Xavier Lamar, 18, at Buffalo Tapestry Charter High School. She called him Mr. President, as did her classmates, for the way he always carried himself, confident and assured.

After school, or sometimes after practice, the pair had often walked to the bus stop, the Special 12 post, and waited for their time to get on, before saying their goodbyes and walking home for the night. Ever responsible, the pair never had to worry about one another.

This time, however, just days after the shooting that killed 10 Black lives and injured three more at the Tops Friendly Supermarket in Buffalo, just 3.2 miles from their school, Nyrelle's father rerouted plans and decided to pick her up instead.

In that second, a sense of panic came over her. How would her friend Xavier fare?

"When I was walking away from Xavier, I had to tell him, 'Be safe,'" she told MileSplit recently. "It made me really uncomfortable leaving him. So to me, that was an important feeling. [This idea of] watch out and be careful."

Even now, nearly two months since that shooting, that feeling of uneasiness still persists for Simpson, a recent graduate of Tapestry Charter. She is one of five graduating seniors on the track and field team, all Black, who will be moving on from high school and pursuing the next phases of their lives.

The majority of Tapestry's team is Black. The school is located just north of Jefferson Avenue, an area of the city populated predominantly by Black people. While time heals all wounds -- perhaps even those created by racist actions -- it's going to be hard for those in the community to forget how one event has changed the way each has had to view their surroundings in the time since.

"I think it's changed a lot about how I see public places or anything like that," Amir Hutchinson, a senior, said. "Even going to the mall or something, there's a lot of people. It doesn't make me fearful, but more concerned."

Every new anniversary is a new reminder. Friday, July 14, will mark two months since the Buffalo mass shooting, perpetrated by a white supremacist who streamed the event live on Twitch. In the 61 days since, there have been an additional 135 mass shootings across America, including one at Robb Elementary School in Uvalde, Texas, and another at a 4th of July parade in Highland Park, Illinois.

That's another 163 lives lost. Another 602 injured. Another 135 communities forever altered.

Of the five seniors leaving the program, all told MileSplit that they had been in the Tops store at one point or another in recent years. Many said they didn't go back initially after the shooting.

He was there the next day with his church, sending love via prayer to those who were lost, individuals as young as 20 and as old as 86.

"It was a prayer over the city," Lamar said. "A prayer to protect our streets."

Lamar is a smart and independent young man, an individual who peers respect and look up to. But even this moment challenged his idea of safety. In the days and weeks after, he said, he wouldn't listen to his AirPods too loud in crowded places, insuring he was keenly aware of his surroundings.

Aliyah White, another one of the team's seniors, felt disappointed for the way the moment portrayed her city. "I never see Buffalo go viral for anything positive," she said. "It's always negative." Simpson added, "It was shocking to see Buffalo on World news." 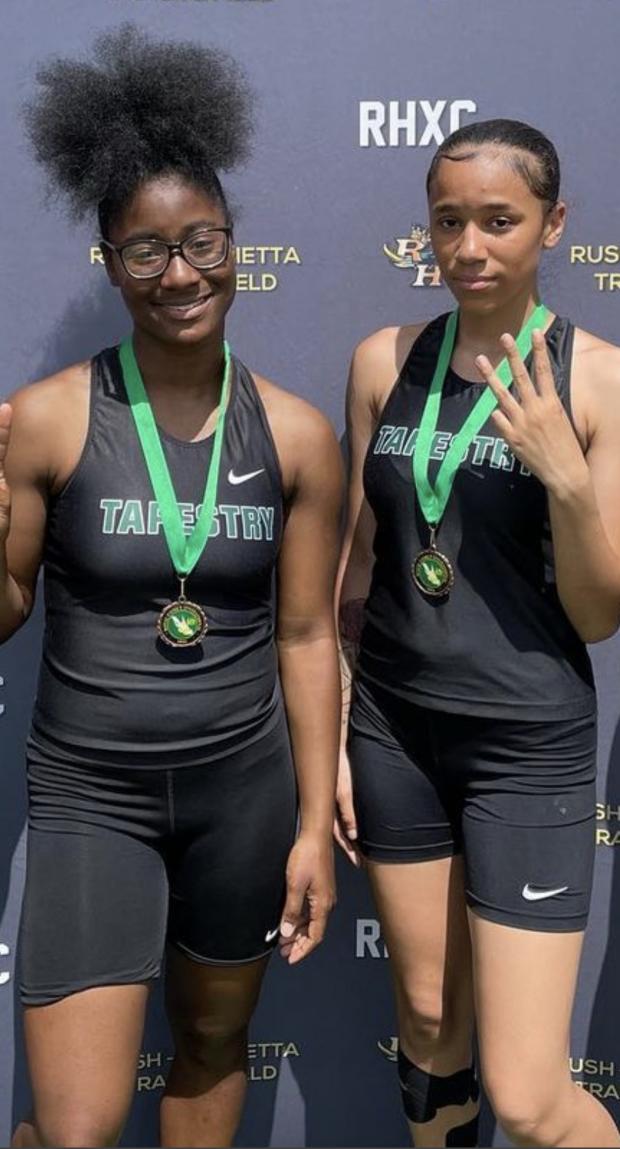 Sometimes, in the fog of memory,  small scenes emerge with reminiscent clarity. Lamar recalled a moment last year, while waiting for his Special 12 stop, when he went into the Tops store to pick up a few snacks before going home. Kya Foreman, who was working that day at a McDonald's roughly 10 minutes away, knew of a cashier who was supposed to work that day but didn't.

The track facility that the team had often trained on, Johnnie B Wiley at Masten Park, is located just blocks away from the Tops Supermarket.

"We would go there [to Tops] regularly to get waters and Gatorades," said Dan Tryon, 43, Tapestry's head track coach for the last 10 years. "We would get kids hydrated and food in between. It's something you don't even think twice about. When you walk into a store. Nowadays, you really have to look over your shoulder."

Luckily, not one member of the team was even nearby when the shooting occurred. Tryon had taken the team to the Royal Comet Invitational at Rush Henrietta High School that day in Rochester. But on the way back from the meet, a flood of devastating social media hit their feeds.

"It was unbelievable at first," Hutchinson said. "I almost didn't believe it when I first heard it."

"It was all pure shock," Lamar said. "You realize the shooter wasn't even in our community. But it was a tough pill to swallow for the next 48 hours."

In the days after the shooting took place, students returned to the halls and teachers to their classrooms and offices. On Monday, Tryon met with his Crew team, a group of 12 students whom he advised on a personal and developmental level. They spoke openly of the tragedy, and of their feelings.

A father of three, Tryon has always lived his life -- and taught within the Tapestry halls -- with the idea of not seeing color as a barrier. A white coach, he has worked with thousands of students and athletes over 20 years across various teams.

He has done good work with Tapestry, making the program one of the best in the Buffalo Region. This year alone, with roughly 50 athletes in competitive Division 2, he had a state qualifier and several sectional performers. When the tragedy occurred, he tried to bring his Crew students and his athletes back to the core of what Tapestry was founded on: Equality, equity and education for those in Buffalo who needed it.

Whereas this moment created division within the city, Tryon hoped to bridge that topic by offering inclusion, as he always did.

"I treat these kids like they're my kids," he said. "I've spent more time with these kids than I have my own, between school, meets, travel." "In all honesty, it brought us together," she said. "It made us feel like we had to look out for one another. Everyone was trying to be supportive of the situation, so that we could feel safer and more secure. I never felt divided by the moment, with my teammates or my team."

Individuals and communities grieve in different ways. Those on the Tapestry team tried to focus their energies on the very thing that was in front of them: Track and field meets.

"I feel like sometimes in life you have to take the pain you have," Lamar said. "Sport. Track and field. Before this shooting happened, this whole entire year has been low key stressful. I've been through a lot with school and relationships.

"I used track as my outlet to really let that pain go away. I put all that anger on the field."

Foreman agreed with that statement. She had joined track in her senior year for many reasons, but the main objective was that it intended to give her purpose beyond just school and work.

"Even for me, just keep pushing and allow yourself to make mistakes," she said of how she viewed life in the immediate aftermath of the tragedy. "Do what you do. At the end of the day, keep going."

Simpson was fourth in the 100m at Sectionals; junior Paul Livingston was third in the 400m; and freshman Janee Long won the long jump, which qualified her for states. Two underclassmen finished in the top four in the shot put, while the girls and boys teams finished third in the 4x100m.

"In the beginning of the year I didn't feel like I was progressing," Simpson said. "But by the time the end of the season came, I made Sectionals and I got the patch.

With her friends and family watching, and with Simpson trying to cope with a changed community, she ultimately found a sense of purpose and realization.

"More than what I've realized within the last couple of weeks, I have a community watching me. So to me, I have to tell myself to finish strong, to prove to my community and to myself that I'm able to finish and get through difficult situations and all the hardships, and just to prove you can overcome a lot of negative situations. You can always be stronger than what you've been put through."

What's more, new opportunities will find themselves closer to Tapestry in the coming years.

In June, the school broke ground on a nearly-million dollar multi-use athletic facility which will include an 8-lane track. That facility, set to become just the third public-use track in the city, is intended to be used by Tapestry's teams and programs, but the community will also have access to the fields and track over time, said Eric Klapper, the Executive Director of Tapestry Charter's K-12 School.

The track is scheduled to be opened roughly by September.

"It will be available for our whole community," Klapper said.

And for a city that's coping with tragedy, it could be one of many things that will aid in its overall healing.