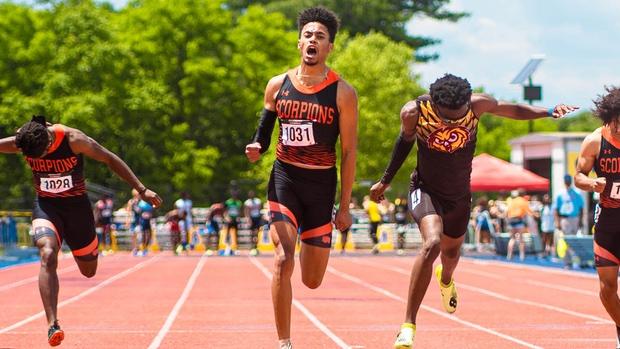 Judson Lincoln IV returned to the MPSSAA Outdoor Track and Field Championships for the final time over the weekend.

Last year, the Oakland Mills (MD) star just missed being crowned the "sprint king" as he finished third in the 100m, but grabbed victories in the 200m and 400m.

This year in Landover, however, he not only was in the hunt for defending his state titles, but he made strides to earn the sprint quadruple crown.

Isn't that an understatement: Lincoln did that and some.

Finally, he finished off with another title in the 4x200.

All of his performances at the state meet would rank him within Maryland's top 10 all-time list.

For the icing on the cake, Lincoln contributed to the winning 4x200m relay and helped Oakland Mills run away with 168 points to win the 2A state title.