One of Florida's top half milers -- and one of its top stars -- secured the bag for the second straight year.

St. Thomas Aquinas junior Cha'iel Johnson, the defending 800m champion in Class 4A, once again ripped off another sterling performance on Friday at the FHSAA Class 3A Outdoor Track and Field Championships in Gainesville, this time clocking a career performance with a time of 2:08.35 as her program moved down a classification

It marked Johnson's second straight foray under 2:10 to end the regular season in Florida. The performance also was a three-second personal best at the state championships year-over-year.

To do it, Johnson took it out in 62 and then came back in 66, holding on in the waning moments as she dived over the line.

Johnson, one of the country's brightest stars -- she was once a fixture on the AAU Junior Olympic Games circuit in prior years -- proved yet again that maturation and focus has been on a priority in recent years as she's claimed Florida's coveted state hardware. 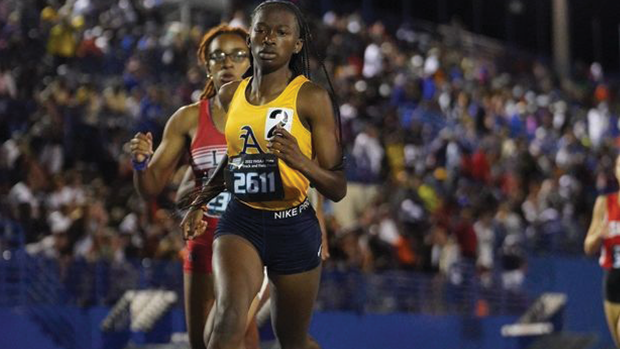