Crawford West is a junior at Vestavia Hills High School in Alabama. In April, she culminated her junior high school season by producing an AHSAA Class 7A State Track and Field Championship double in the 1,600m and 3,200m, authoring times of 4:53.49 and 10:29.08, respectively -- she also finished second in the 800m. West has captured five state titles over 2021 alone and remains one of Alabama's top distance prospects as she heads into her final year with Vestavia Hills. In this Dear Running essay, West reveals some very important lessons as she recounts her career in this sport.

"I'm not going to lie, there have been many times I have wanted to throw in the towel and quit; almost like taking a fly swatter and killing you like a mosquito."

Well, here we are again.

We stand here as enemies yet friends at the same time, having a constant love hate relationship. You have not only given me my lowest valleys, but also my greatest victories. I never thought in a million years that I would become so invested in what you are.

After all, you are a simple verb ending in -ing. As a middle schooler when I first began, every day I dreaded you. There wasn't one ounce of my body that liked any part about your features: the hot summer weather, the constant hills you made me climb, the early mornings and late nights; there wasn't one thing I thought to continue with and make into my future.

After a year, I decided enough was enough: It was time for me to free myself from your persistent hold and move on with my life. Little did I know, that that same summer, you would whisper back and say, "Just give me one more shot."

It was the best decision I ever made.

However, I learned a very important lesson. In life, sometimes you have to experience the bad so that you can learn to appreciate the good things. After I researched mosquitos a little bit more, I learned that they aren't as bad as we characterize them to be.

In a way, you remind me of a mosquito. Weird, I know. Mosquitos are pesky insects that come around in our backyards when it starts to get humid and thrive off of the blood from living organisms. They are pesky, bothersome, and can cause some painful bites.

Throughout my experience with you, If I am being honest, you have given me some pretty nasty bites: multiple days of laying on my coach due to dehydration, a fear that shakes me before every race that I won't perform to the best of my ability, a painful hamstring injury, and a trip to the ER after passing out in a race. 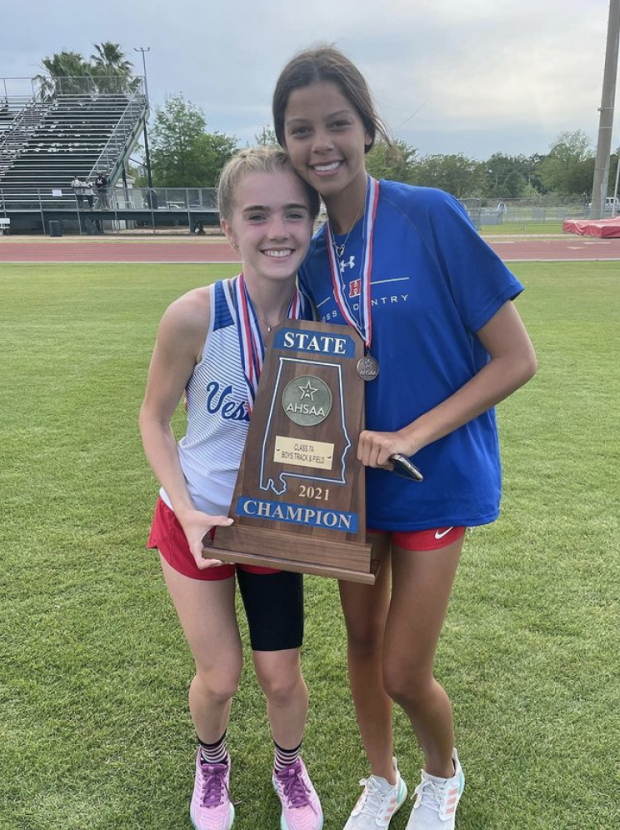 I'm not going to lie, there have been many times I have wanted to throw in the towel and quit; almost like taking a fly swatter and killing you like a mosquito.

However, I learned a very important lesson. In life, sometimes you have to experience the bad so that you can learn to appreciate the good things. After I researched mosquitos a little bit more, I learned that they aren't as bad as we characterize them to be.

They are actually a significant provider of food to other animal species and pollinate certain types of plants. Even though you have given me some painful bites, you have provided me with the pollen that isn't solely winning a race: lifelong friendships, skills such as determination, grit and perseverance, and the best team I could ask for.

You have opened my eyes up to what the world has to offer. You aren't just about getting scholarship offers and getting a gold circle to hang around your neck; you teach life lessons that will change the perspective of anyone who decides to associate themself with you.

So I guess I owe you an apology: I'm sorry for not taking the time to appreciate you as I should.

Ultimately, it is up to me to choose to look at you like an optimist or a pessimist. You have given me more things that I can ever imagine. Do the good times outweigh the bad? I think so. All I have to say is thank you for making me into the best version of myself I can be and in the end, you're not so bad after all.