Lucheyona Weaver is a senior at Dunbar High School in Fort Myers, Florida, and a signee of North Carolina A&T University. This indoor season she ran the fastest 60mH time in the country (8.31) and in February captured an adidas Indoor Nationals championship in the event. Over her freshman and sophomore seasons, she was a two-time runner-up in the 100mH at the FHSAA Class 2A State Track and Field Championships. She also won an AAU Junior Olympic Games title in the 100mH in 2020. This weekend, Weaver will finish her regular season high school career at the FHSAA Class 3A Championships in Jacksonville. In this Dear Running essay, she explores her relationship with the sport through the lens of her high school career.

I first met you in the sixth grade but was formally introduced to you by an AAU coach, Maddette Smith, just a year later.

We hung out a couple of days after school during the week, began to enjoy each other's company and ultimately had a lot in common ... and so we quickly became friends.

I tried a couple of sprinting events and jumping events as a middle schooler, but the hurdles became my first love. For me, running and competing in track and field was love at first sight.

Shortly thereafter, I was introduced to my AAU hurdle coach Amos Nicholas. And because of you, running, I made friends with lots of kids from different walks of life.

In my freshman year of high school, our relationship went to a new level, and we grew inseparable. You introduced me to my high school and current hurdle coach, Guy Thomas. My freshman year at Dunbar, I finished the season by placing second at the state championships with a personal best in the 100 meter hurdles of 13.8 seconds.

And yet, as we all know, sometimes friendships grow apart. The next year I found volleyball, and I began to direct attention toward a new skill. It created a wedge between us. That year was a rocky road for the both of us. And I'll be honest, there were times that we didn't like each other.

I felt like you were jealous of volleyball and my new relationship. 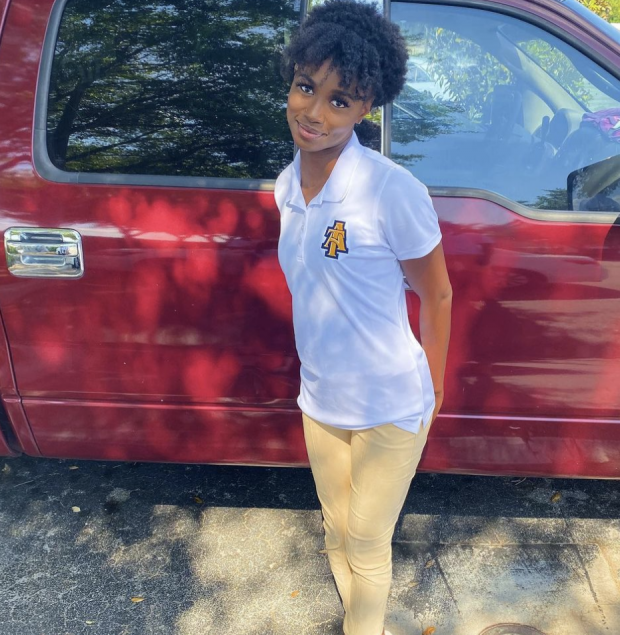 So, as a result, there were some challenges. That year, I placed second again in the 100mH, but with a much slower time than anticipated. I asked myself then, What gives? After my sophomore year, our relationship began to deteriorate. I questioned you again: "I don't think I like you anymore as my friend?"

But we made up and rekindled our friendship the summer going into my junior year. Volleyball and I were no longer friends, and all of my attention was directed toward you. We became very close again, actually closer than ever before. We spent more quality time together, sometimes including the weekends. We began traveling to different states, meeting and competing against new people. I met athletes who loved you just as much as I loved you.

And then we started the indoor season on fire! I qualified for New Balance Nationals Indoor and was so excited. But then, out of the blue, COVID-19 canceled the rest of our season. Our outdoor was over, too. I was devastated.

So, as a result, there were some challenges. That year, I placed second again in the 100mH, but with a much slower time than anticipated. What gives? After my sophomore year, our relationship began to deteriorate. I questioned you, "I don't think I like you anymore as my friend?"

But ultimately, I learned that hardships aren't a reason to stop something you love. I continued to train hard. I competed in my first race with professionals and placed fourth, running a personal best of 13.4! I also won a 100mH AAU title in the summer of 2020.

My senior year, after seven years of friendship, our relationship has only gotten stronger. In February, I won the adidas Indoor Nationals 60mH championship and ran the No. 1 fastest time in the nation and No. 3 in the world for athletes under 18 like me. You introduced me to a new friend, and to my next stop in life, North Carolina A&T.

All three of us are becoming close.

My best friend, I want to tell you something: Thank you. I appreciate you, and I value our relationship.