The Gatorade National Track & Field Athlete of the Year award was first presented in 1986. Below is the state-by-state breakdown of the athletes that have won the yearly honor. 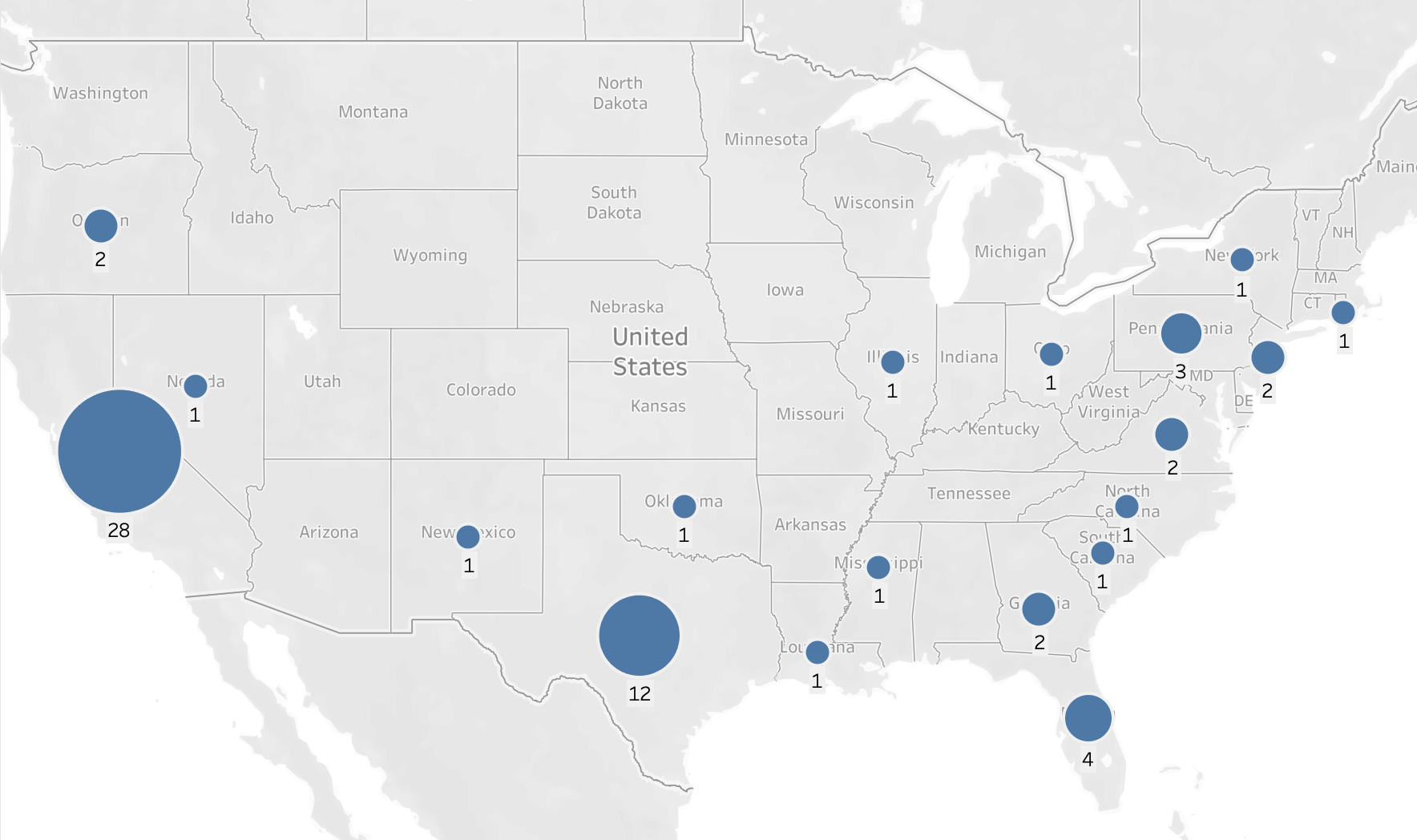 California (28) has more than double the number of winners compared to the next closest state and nearly half of the total award recipients. 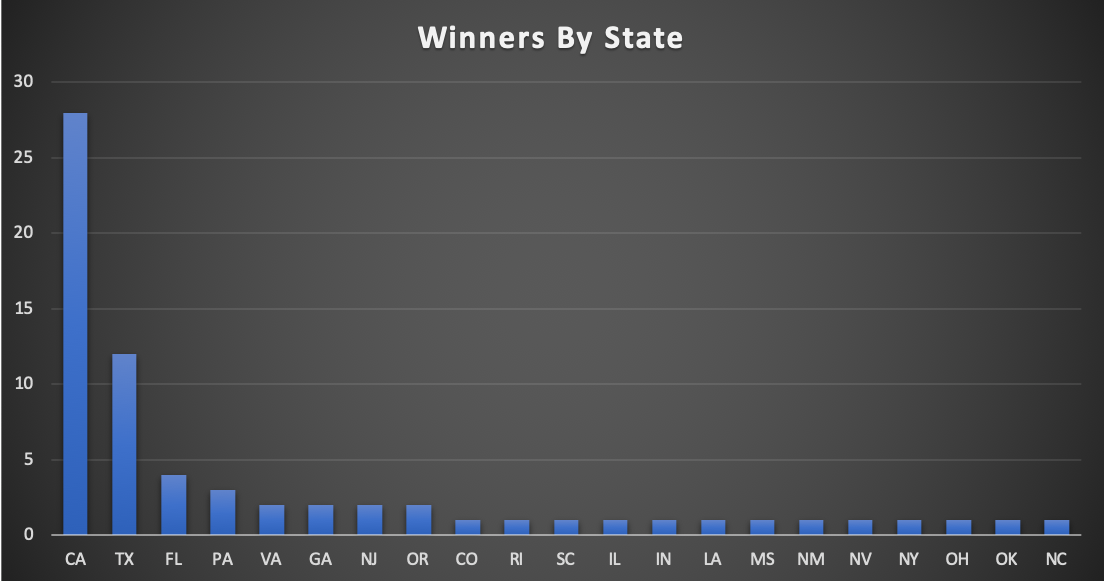 Over the past 34 years, there have been 31 female winners and 33 male winners. Three athletes have won the award multiple times.