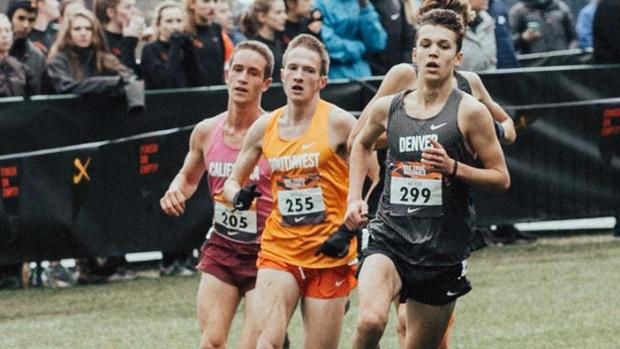 The state of Utah, and Corner Canyon High School, in particular, is set to get one of the top high school distance talents in the country.

Mountain Vista (CO) High School junior Easton Allred, who recently finished fifth at Nike Cross Nationals and returns this spring as the top junior miler with his 4:09.49 from the Festival of Miles in June, announced on Instagram that he would be moving to Utah at the end of the semester.

He told MileSplit USA on Friday that his father received a job offer in Draper, Utah, and that the family will be moving into the Corner Canyon School District (4,500 feet elevation) before the new year. Allred has lived in Colorado for the past 14 years, but Utah will be a familiar area, as Allred has two sisters and brothers-in-law that reside in Draper and Provo.

"It's hard because everyone I know and love is in Colorado," Allred said of the impending move. "That team has been so good for me. Coach [Jonathan] Dalby is incredible. This is a really special place, in particular. It's been well worth it to be here, even if it was for a semester. I'm going to miss Colorado like crazy. I told all my friends, 'I'm going to visit them all the time.'"

Allred said he will likely take AP classes at Corner Canyon while working toward earning his Associate's Degree.

This fall, the Chargers won the Class 5A cross country championships in Utah and will return all five of its varsity members in cross country in 2019. Based on information his family has received, the high school junior believes he will be eligible to compete right away within the Utah High School Activities Association.It comes after a tumultuous few months for the junior, who was ruled ineligible for the remaining winter and spring seasons by the Colorado High School Athletic Association after they ruled in June that he made an "athletically motivated" transfer from Rock Canyon High School in between his sophomore and junior seasons.Before then, Allred's route in high school education had taken a unique route. Before enrolling at Mountain Vista, he had tested out of high school and was taking college courses at Arapahoe Community College (while working toward his Associate's) in Littleton, Colorado, while also attending a few classes per week at Rock Canyon.At the age of 15, he had already written a self-help book and had built a podcast called Fueled For Teens. He also had a growing YouTube Channel.
But running had become a passion in the last few years, and Allred had emerged as a national talent even as a freshman. When he transferred to Mountain Vista, he told me in June, he wanted a more traditional high school experience. He was also disappointed by the decision by the CHSAA."Running is my passion," he added. "To be unable to compete and do the sport I love, it's heartbreaking."Allred was unable to compete for the Golden Eagles over the regular season in varsity meets, though he did still perform in jayvee races at the Liberty Bell Cross Country Invitational (15:17.00) and the Dave Sanders Invitational (15:10.00), where he scored some of the state's best times without competition.

Being in Colorado for the last 14 years I have gotten to know and love so many people. After this school semester my family is moving to Utah. More info about it coming early next week, but thank you to everyone who has made Colorado so special. Gonna miss you like crazy. Also, so grateful for this team for being my brothers the last couple months.

Allred was unable to compete at the Colorado State Cross Country Championships, where he placed eighth in Class 5A as a sophomore, though the regional system for Nike's championship events did open up an opportunity for the junior to compete.

Nike's standards allow for athletes in good standing with their high school to compete at any of their regional and national events -- and because those competitions weren't governed by state rules, Allred was clear to compete.

Allred eventually finished second at the Nike Cross Southwest Regional in a career best 14:41.35 and had his best race at NXN two weeks later to finish fifth in 15:05.20.

His move to Utah should find Allred eligible from the get-go.

While he'll leave one of the more talent-rich states in the country -- some of the country's best track distance talent resides there, such as Cruz Culpepper, Cole Sprout and Austin Vancil -- he'll join the ranks of runners who train at elevation in Utah and could eventually match up against the likes of Grant Gardner (Springville), Wyatt Evans (Spanish Fork), or Luke Grundvig (American Fork).

"It's sad for me to to leave a team I just got to run with for a semester," Allred said. "They all became my brothers. Utah will be great as well." 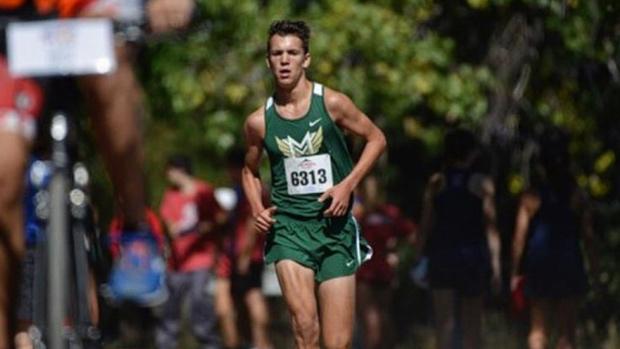