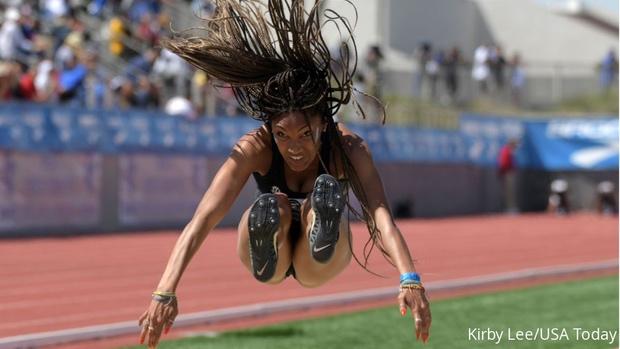 World junior 60mH record holder and Agoura (CA) High School graduate Tara Davis announced on Friday that she is leaving the University of Georgia, which just racked up the No. 1 recruiting class for the Class of 2019, in the midst of her sophomore year.

On Instagram, Davis said that she hasn't decided where she will transfer to.

The hurdler, who owns the indoor national record in the long jump and claimed a bronze medal in the event at the U20 Championships in Finland this past spring, was part of the Bulldogs' NCAA championship team in the indoor season.

In that meet, Davis placed third in the long jump and sixth in the 60m hurdles. Her best performance, however, came in the semifinals of the 60m hurdles when she ran 7.98 seconds to set the world junior record.

I just want to say thank you to The University of Georgia for the last year and a half. I was able to accomplish so much in such little time. Georgia will always be apart of my heart. I hope everyone respects my decision on leaving and supports me through this journey. pic.twitter.com/HD4nxJtQJL

Keturah Orji graduated in the spring after a career that included eight individual NCAA titles. Kate Hall, the winner of the indoor long jump competition, turned pro in the summer, forgoing her final year of eligibility.