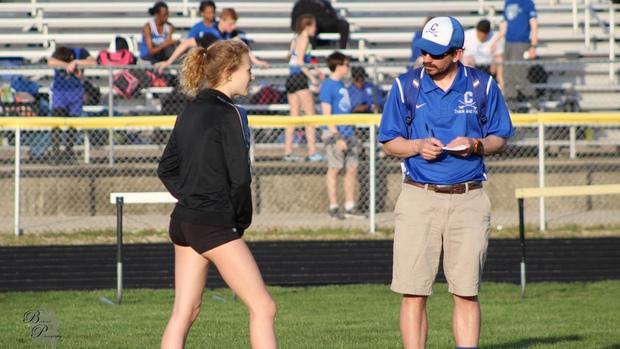 In 2018, Rob Strong, the head track and field and cross country coach at Chillicothe High School in Ohio, wrote this insightful Dear Running letter, examining his career in the sport and how it has shaped him, both as an athlete and as a coach. We're republishing it here today.

"Coaching is more than that. It's about all the layers that make you connect and execute on a mission. Once I realized that, I knew I could become a decent coach."

At every turn of my life, you have been there. Ups and downs, no matter what. I have spent years of my life trying to love other sports--to live and breath them as much as I do you--but there's just no substitute. 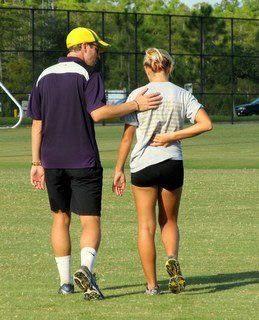 I can't shake it. I have always come back to you.

But I was lucky to have an amazing coach at Walsh University, Dan McCallion, and he taught me so much about this sport. He believed in me when I didn't.

I met my wife at Walsh. I became the version of who I am as a teacher and coach at Walsh. I worked my butt off to become a National Qualifier in the marathon. And I often wonder had I not done that, would I have kept running, and would I have ever coached? I don't know, but I'm glad I don't have to think about those regrets.

For me, this love affair with running all began the moment I finished college.

I became a high school teacher, and almost immediately, a coach. I joined the ranks because I wanted to find out who I could make people become. I had grand ideas about shaping the athletes of tomorrow, of making champions, teammates, of instilling work ethic and helping young runners work toward making their dreams a reality.

I wanted to change the world, but even more so, I wanted to make a difference every day I coached.

I trusted my knowledge, my experience, my passion. I could make anyone a state caliber runner, right? It's what I thought at the time, but it took exactly one year for me to throw that idea out the window and realize I had to find a way to push every single runner. It wasn't about what I knew.

Coaching is more than that. It's about all the layers that make you connect and execute on a mission. Once I realized that, I knew I could become a decent coach.

In my second year with Cypress Lake High School, I learned almost everything I could learn as a coach. And no matter how successful I am now in shaping a team or its runners, or how much more confident I believe I myself as a coach, I still look back on that year.

I look at what I read, what I did, and most importantly, how my athletes trained and carried themselves. Every year I still compare teams to that group at Cypress Lake. It's become my barometer.

They weren't my best team, but that group were the guinea pigs (sorry). They dealt with every single one of my adjustments. I changed and fixed ideas everyday. I scrapped workouts, made others, challenged them, tested their spirits, shared their hopes, willed them to the line, cried, hugged, loved each and every one of them.

It was a process, but it was one they learned from and carried with them farther in life than they ever could have imagined.

I had seven girls and one boy qualify for the Florida State Championships in Dade City that year in 2007.

And I want to put their names out there so people can see who they were: Kaitlyn Martin, Juliette Gourdet, Carole Idolphine, Maycee Dioneda, Payge Quinn, Carley Maniscalco, Sara Scott and Trent Craig.

They worked hard, listened to me complain, ran tough, battled through races and grew with me.

And from that point until I accepted another job at Fort Myers High School in 2014, we were represented at the state meet, with six girls teams, three boys teams and countless other individuals.

I'm the guy that walks the halls and talks to every kid I see about track and field and cross country. I want people to get out and challenge themselves. I want them to have a place to belong.

I learned a ton during that stretch. It changed who I was as a coach. I wasn't going to care where we finished, but on how we got there. That may seem small and insignificant, even a little cliche, but it has carried me to where I am today.

I left Cypress Lake in 2014 and tried to change myself. I thought I needed to become a better coach, to raise a state champion. But I realized it was never about me.

High School Coaches have a tough job. Sometimes we treat this sport like a high stakes poker game, but the reality is that we shouldn't live by a win at all costs objective. High school athletes aren't on scholarship. A lot of them join cross country for different reasons. It's not always about being the best in the state. 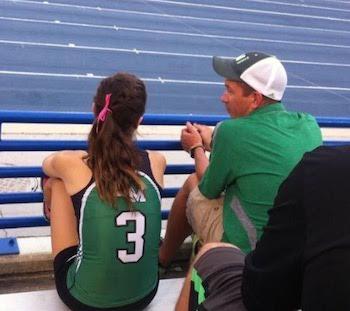 I knew for me to grow and to experience more success, I had to change how I interacted with kids. And the one individual who taught me that and who made me who I am today as a coach was Krissy Gear.

Most people in Southwest Florida know Krissy as a 6-time state champ, an All-American in the mile and an-around great person at Fort Myers High School.

I knew her as a young kid. And once I coached her, she made me question everything I ever did. To be honest, it made me go back to my roots.

Krissy was good and she was driven, but those weren't all the things that mattered. I wanted to reach Krissy differently. I wanted her to leave Fort Myers as a difference maker. I trained her, I argued with her, and in the end, I believe her and I were both changed for the better.

I truly believe what she accomplished as an athlete could have been done with any coach, but I believe that all of our highs and lows were incremental to our growth. She as an athlete. Me as a coach.

Not many coaches get the opportunity to coach an athlete of that caliber, but I'm thankful that I did. I am so grateful.

Krissy's training dominated a lot of my time at Fort Myers, but without the countless others, I wouldn't be where I am. I had the luxury of coaching Amber Winton, Grace Paul, Kailyn Kaminski, Shelby Guttery, Sidney Oakes-Lottridge, Caroline MacKenzie, Stephy Ormsby, Tamara Chambers, Rachel Moorehead, Cameron Green, Natalie Eskin, Lindsey Cox, Idalia Talbert, and Alexandra Chlumsky (to name a few, though there are many, many others).

They all made me a better coach. I coached cross country and then every event but the throws during the track and field season.

I can't help but look at my time at Fort Myers High School. After the conference cross country meet my last year, I stopped to look around, thought about my first years as a coach, and had a great final three meets. We finished third in the state.  Not a bad ending.

Today, I'm at Chillicothe High School in Ohio, surrounded by people I know and the area in which I grew up in. I'm confident I'll finish my coaching career here. My kids are getting older.

I plan on being here until I walk away from this sport. We are already accomplishing amazing things, from conference titles to regional qualifiers.

But the thing is: I refuse to change who I am. I'm always going to be the coach I was in Florida.

I'm the guy that walks the halls and talks to every kid I see about track and field and cross country. I want people to get out and challenge themselves. I want them to have a place to belong.

If that leads to titles and championships, then that's great. If it doesn't, that's fine, too. As long as the kids are growing, I'll be happy.

And while I can never go back to Year 1 as a coach, I will always remember what I learned in that first season. It will forever affect me as a coach, and it will lead my on my path. 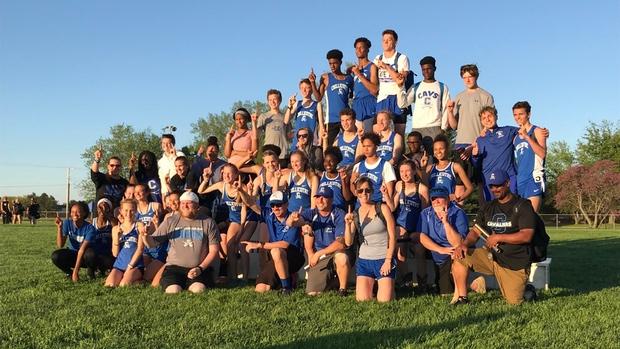