After Sunday's remarkable effort at the Twin Cities Marathon, Tierney Wolfgram faced what no doubt was the first criticism of her young career.

The 15-year-old from Math & Science Academy in Woodbury, Minnesota, finished sixth in the 26.2 mile race in a time of 2 hours, 40 minutes and 3 seconds, recording the 20th fastest performance by an American woman this year.

And yes, it was a wonderful display of talent from a young distance runner with a bright future and a USA Olympic Trials 'B' standard performance, but it opened a box full of questions and begged an answer behind the overall motivation behind her inspiring run.

How long had Wolfgram been preparing for this distance? Why race the marathon now? Were her expectations this high entering Sunday? Was it worth the risk?

That last question is fair for a lot of reasons.

Mostly, it's because the race came at a curious time in Wolfgram's cross country season, right in the middle of training for the upcoming Minnesota High School League Class A championships in November and potential qualifications to Nike Cross Nationals and Foot Locker Nationals, where she was a qualifier for both races last year--she was even an All-American at Foot Locker.

Wolfgram is just a sophomore in high school. She didn't answer any questions about motivations at the finish line, but she did tell a Minneapolis Star Tribune reporter afterward that her half marathon time -- 1:20:57 from June in Woodbury -- qualified her for the marathon and that she felt like she "had to do it" and that her first experience was "great."

Later, when faced with a few more interview requests from MileSplit, Wolfgram and her family politely declined to comment, citing her privacy. Her coach, Brendan Ruter, also did the same, saying he wanted to respect the family's wishes. 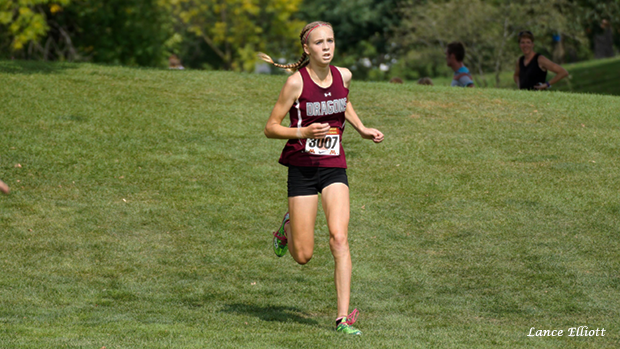 But it is appropriate to consider the impact that this effort may impart on Wolfgram as she continues her season.

Wolfgram isn't a seasoned marathoner, and she likely wasn't training for 26.2 miles ahead of Sunday's result. Distance training for young girls like Wolfgram usually vary anywhere from 40 to 60 miles in a week, even at peak training. An 'A' level marathoner often runs more than 100 miles per week.

So in that respect, there are major differences between Wolfgram and Alana Hadley, who at the age of 16 was routinely running 100-mile weeks and produced a 2:41:55 marathon in 2013.

Wolfgram isn't going pro like Hadley once did before her. Her career arc as a high school athlete still remains intact. She still remains a talent capable of being among the best in the Class of 2021.

But the bigger questions Wolfgram will have to face is her response to this. She doesn't need to answer to anyone else, really, but internally. How will she cope with returning to cross country after a prolonged effort at that distance? Her first 5K on Sunday was 17:32--which on any given day would be a full effort on grass--and her 10K split was 35:42. She averaged 6:07 per mile over the course of 26.2 miles.

Race efforts for top-level talents are typically scheduled well in advance, by coaches who assume and evaluate the impact of those performances. Many of the nation's top runners don't race too often, for fear of overexposure and diminishing return.

And as anyone who's run a marathon before will attest -- personally, I've run three, with a 3:25 PR that's much slower than Tierney's -- the physical pounding one takes over that distance produces an immediate toll on the body, one that's not easy to recover from.

This isn't to say that Tierney was wrong for having raced on Sunday.

Many young Minnesotans consider running the marathon at a young age an honor--in fact, the youngest competitor on Sunday was a 12-year-old who likes to sing AC/DC.

It simply begs some explanation.

And for all of this, let's not forget that Wolfgram ran a marathon in 2 hours and 40 minutes, which on its own is a courageous effort for a 15-year-old, and a ridiculous debut at that.

Wolfgram's road back to state and national excellence may be incrementally harder. It might not. But there's no doubt she'll be a little more battle-tested, with thicker skin, and she'll surely have learned a few things by that point, too.

Her next race will be Oct. 16 at the Twin Cities Athletic Conference Championships.