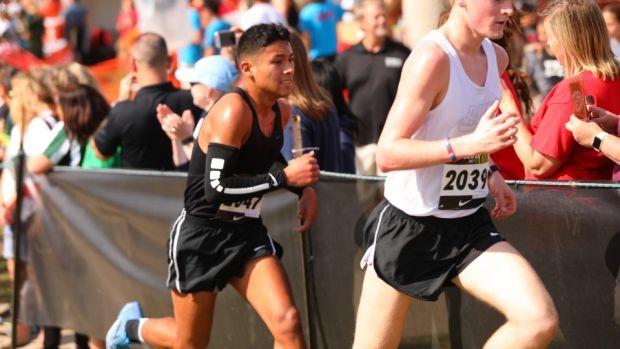 Cruz Gomez has a dream like many young runners.

The PSJA Memorial (TX) High School senior wants to compete in the Olympics one day.

Guess what? He needs to have a killer college career before all of that, too.

It's crazy, all the steps one must go to achieve his or her dream. But a dream isn't worth having if it isn't complicated, and Gomez knows that.

"Making the Olympic team and getting sponsored by adidas or Nike? It's been running through my head for some time," said Gomez, who finished fifth at the UIL Class 6A Championships a year ago and qualified for Nike Cross Nationals out of the South region. "I mean, wow, imagine training and competing and getting paid to do it. Just doing what you love.

"But obviously, getting an education is important," he continued. "You don't run forever. It'll come to an end. So you better have an education. It's the key to success."

And that, in a nutshell, explains what kind of kid Cruz Gomez is.

He's got the short-term, the long-term, and even the big dream, on his mind. But everything is a work in progress. While he knows his current US No. 3 time in the 5K of 15:10.30 is good, it won't be there for long; he'll have to get faster.

"I'm not on the level of those guys (national-level runners) right now," Gomez said. "Hopefully with time I'll get there, but I know in running you have to be patient."

"He has this attitude," Perez said. "I'm always telling him, in track or on the starting line in cross country, 'You have the heart of a champion.' He has that it factor."

"I was gunning for All-American, but I didn't get it," Gomez said. "I used that experience for track."

There have been talented runners who have graced the southern Texas region before, but Gomez may be the best its ever seen--and he hasn't even won a state title yet. He owns personal and school records of 4:13.64 in the 1600m and 9:13.83 in the 3200m. Both performances earned him silver at last year's UIL Track and Field Class 6A Championships.

Colleges are starting to take notice. The senior went on his first official to Oklahoma State this past weekend and has others set for Texas and Arkansas. Gomez says he's already starting to find things to take away from the experience.

"He has this attitude," said Lee Perez, Gomez's high school coach at PSJA Memorial, which is just 16 miles north of the US-Mexico border. "I'm always telling him, in track or on the starting line in cross country, 'You have the heart of a champion.' He has that it factor."

This fall, Gomez is looking to break 15 minutes at the 5K for the first time in his career. On Oct. 1, he'll go for that mark at the McNeil Invitational, where only seven athletes have accomplished that feat before.

It won't be easy. Gomez doesn't face national-caliber runners often, so when he steps to the line at big meets, he has to put everything on the table.

"We live so far south," Perez said. "We have to travel three hours in a vehicle just to get to San Antonio. It's difficult financially to go anywhere."

Gomez had hoped to compete at the Chile Pepper Cross Country Festival in Arkansas on Sept. 22, but Perez decided to use his resources toward McNeil. He estimated it would have cost $600 for the pair just to rent a van, drive to Arkansas, book a hotel, have meals taken care of. It doesn't sound like a lot for most programs, but everything adds up at PSJA Memorial.

"It's hard to do all the things we want to," Perez said.

"People are counting on me," Gomez said. "It's not only the support from the school, it's all across the Valley. Coach tells me all the time, 'You have it, you have a shot.' I just don't want to let them down."

Ultimately, the pair have concentrated on what they can control. It's no surprise Gomez has been the kind of steady, level-headed veteran you might expect. He's a captain this season at PSJA, and he's been a leader for the team the last couple of years, taking runners like sophomore Oscar Hernandez under his wing.

"You have to be the best that you can," Gomez said. "I try to motivate my teammates to do that."

Largely, that's because he's put the work in, too. As a freshman working up to varsity, he managed to make the team for the Class 6A championships and finished 13th.

As a sophomore, he lowered his 5K PR down to 15:19.60 at McNeil, though he finished 25th at state. Using that as motivation, Gomez undoubtedly had his best season of his career as a junior.

He ran the race of his life for state at Old Settler's Park, earning a 5K best of 15:13.50, which rounded him into fifth. He remembers nearly sprinting the last 300 meters, passing four runners in the process. 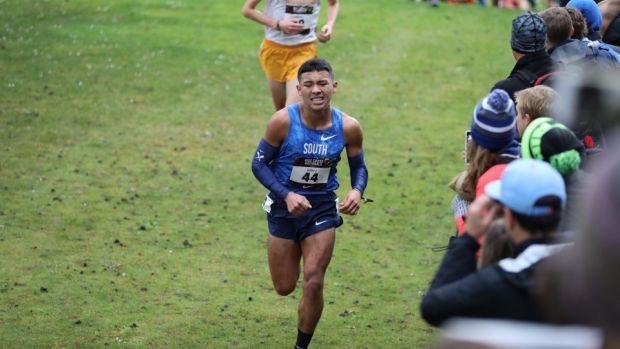 "As far back as his freshman season, I knew he had some talent," said the 62-year-old Perez, who's been with PSJA for 21 years. "We put some long range goals on him so when he was a senior he would be at the strongest and fastest level. We pushed things back as he got stronger and stronger."

Gomez put together the most efficient training of any stretch over his four-year high school career this summer. He raised his mileage to 65 to 70 miles, up about 35 miles from his freshman season. That base showed immediately in August when he produced a time of 15:47.60, and then it followed with a career best 15:10.30 at the Falfurrias Invitational on Sept. 1.

"Right now, he's beaten everyone by a minute," Perez said. "I'm thinking the times will go down and he's going to roll."

Of course, being in the big state of Texas means facing hyped up competition. PSJA Memorial moved down to Class 5A this season, where he face reigning champion Graydon Morris of Aledo and El Paso Hanks senior Michael Abeyta.

Still, a state championship is on his mind.

"Winning a state championship would boost my confidence a bit more," he said. "I look back at Sam Worley, who was (75th) his junior year at NXN and then was second the next year. He won the state championships that year. So you know, if he did it why can't I?"

If it sounds like Gomez doesn't enjoy the fruits of his labor, that isn't quite right, either. 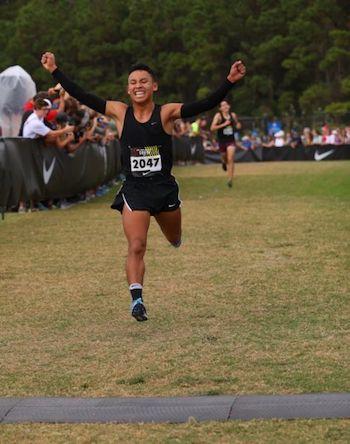 Last November at The Woodlands, Gomez saw pay dirt in the final moments of NXR South. He was in third and saw the finish line in his line of sight. His future flashed before his eyes. From there, his emotions ran wild--visions of racing in Portland at NXN, receiving cool swag (jerseys, shoes, socks, shorts) and meeting friends and fellow runners at Nike's headquarters.

So as he crossed the finish line, he put his hands up in triumph.

In the weeks to follow, he was on a plane for the first time in his life, travelled to the west coast and competed against the nation's elite.

It was, in effect, a dream come true for the Texan.

Better yet, he's got one more season to do it again.

Gomez's goals this year remain as high as ever. He's shooting for a state title in Class 5A. He wants another qualification to NXN. He also is going to try and make the Foot Locker South Regional in Charlotte, North Carolina, with an eye on qualifying for Foot Locker Nationals.

A part of him wants to see if he can do it. Another part wants to prove he's got what it takes to qualify. And the other, that's just honoring the people around him who've supported him all along.

They're the people who never stop believing in his dreams.

"People are counting on me," he said. "It's not only the support from the school, it's all across the Valley. Coach tells me all the time, 'You have it, you have a shot.' I just don't want to let them down."