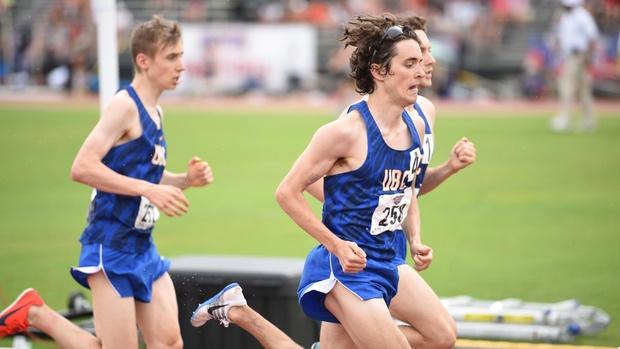 Jeff Groh has always been something of a triple threat.

He's found success in academia, in music, and in distance running.

Even dating back to 2014, when he graduated from Lower Dauphin High School (PA) and decided to travel northwest to enroll at the University of British Columbia in Vancouver to study biology, the order of his priorities have often been just that.

But after competing in cross country and track and field for the Thunderbirds, an NAIA program, in his first year of college and then taking off during the spring of his sophomore and fall of his junior year, Groh began to realize how valuable a certain ingredient in his life had become.

"It took me a few years and a mental break to realize I'm a happier person when I'm (running)," he said. "It makes me feel more alive to try and improve as a runner."

That importance only continues to grow, as Groh, who has been training with the Vancouver Thunderbirds Track Club, split a career best 3:46.38 in the 1500m--a converted 4:04.42 mile--at the Stumptown Twilight Invitational on June 15.

Check Out: Pennsylvania's Salute To Seniors

But he'll have to find a different avenue in the coming weeks as he's set to defer a year in graduate school at the University of California Davis to travel to Queensland, Australia, where he's filled a research position in plant biology.

"I do plan on competing over the next couple of years," Groh said. "But I don't want to say anything with 100-percent certainty."

Looking back, his journey in running has been the path less taken--though just as fulfilling.

"I just made this decision that I was going to go to the Pacific Northwest," said Groh, who visited Cornell University and the University of Portland. "And I think for me, It was motivated by wanting to see a new part of the world and stepping outside my comfort zone a little bit."

In UBC, Groh found a university where he could flourish in all three areas of his life. His interest in science--embedded in his teenage years while working at a nursery in high school--evolved into the specialization of plant biology, while his love for music continued through a dual-major.

Those core responsibilities would be tough for any college student to manage, though UBC gave Groh an opportunity to compete as well.

"My first year, I had a little bit of success," he said.

But pulled by the weight of classwork and responsibilities--Groh also formed a string band called the 'Jeff Groh Trio' during his time--he decided to reevaluate his motivations early on in his experience.

"Looking back in my first year, I didn't have a clear idea of how much of myself I was prepared to devote to the sport while I was in college," he said.

Groh used that time off to understand where everything fit in his life. Ultimately, he said, he came to realization as to why competing was so important to him. 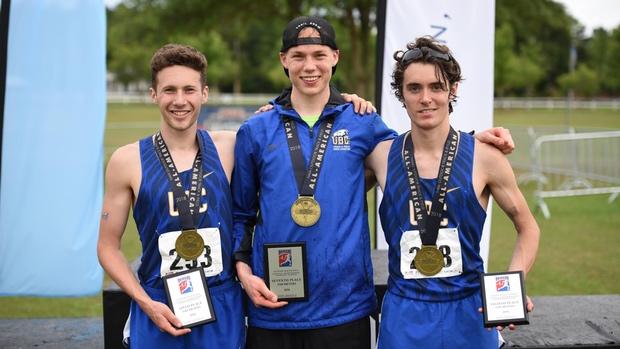 "I think after coming back from this hiatus, I did have more of an intrinsic motivation just to actually devote time to improving," he said. "I was maybe a bit more driven by the awareness of the challenges that I had been through the past year or so. And I think just being older brings a certain sense of maturity about racing."

An injury limited him when he came back in the spring of his junior year, but Groh worked hard to rehabilitate and found a place with UBC's cross country and track and field programs.

"At the beginning of the season, I wasn't setting strict goals about what I considered a success," he said. "I kept an open mind. Not having any heavy expectations on my shoulders was an advantage in that I could continually surprise myself. But every time I raced, I was doing a little bit better and building up more confidence."

Groh ultimately finished his career in an UBC uniform--earning an All-American finish in the 1500m as a senior--before graduating this spring.

"I realized what a blessing it was to do it at all," he said. "I'm glad I took advantage of all the opportunities that I had. That ended up being successful."

Groh isn't done competing, though. While he's headed to Australia to study plant biology, he's hoping to take advantage of the gifts he has and says he plans to continue racing.

He could even taking a crack at the sub-4 barrier in the mile.

When he eventually returns to the states and enrolls at UC Davis, he said he could have some eligibility left.

"I don't see why not," he said. "If I stay competitive, I want to keep this as a major focus in my life. I have kind of kept an open mind on how running will shake out in the list of possibilities."

He added: "There's only a limited window for this in your life, so now would be the time."