For many students across the United States, entry into the ninth grade means an opportunity to finally be able to participate in high school sports.

But for student-athletes in a handful of other states, they get a bigger head start--some allow for varsity competition for seventh- and eighth-grade athletes while also retaining eligibility throughout their four years in high school.

Minnesota is one such region.

Whereas this rule is most advantageous for smaller high schools who may have to rely on middle school students to fill sometimes scarce rosters, it can also be advantageous when two of the most naturally gifted talents in recent memory both reside in your school district.

Enter the Pings: Grace and Lauren.

Grace Ping Bursts Onto the Scene in 2014 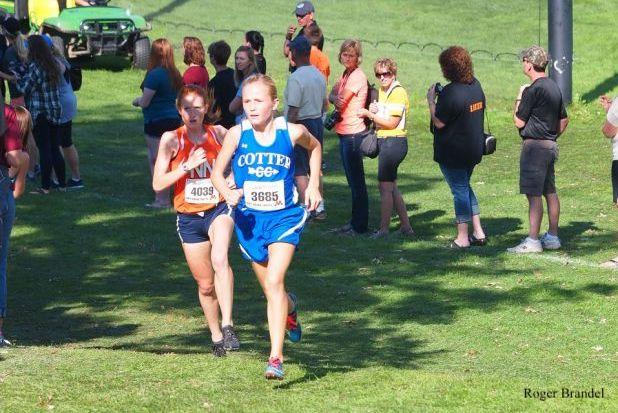 The legend of the Ping sisters in Minnesota began in 2014 when 10-year-old star Grace burst onto the scene with her world age group record 5K performance of 18:02 at the April 26th St. Mary's Open, handily beating several college athletes and her own mother, Megan.

Then, upon entering the seventh grade the next year, Grace began competing for Cotter High School in Winona, Minnesota, and shocked everyone when she won the Roy Griak Invitational Gold Division in 18:12.2, taking down then-US No. 1 Judy Pendergast (IL), who owned a personal best of 16:18. That race video, which still lives on YouTube, has over 2.5 million views.

Grace then went on to win the Class 1A title at her state meet and ran a 5K personal best of 17:17.20 at the Nike Midwest Heartland Regional before taking 14th at Nike Cross Nationals. Yes. As a seventh-grader.

Grace still raced the following year, but did so mostly on an unattached basis after her family moved to Park City, Utah, to work for a year. She set a world age group record in the 5K on the road, and then on the track in Portland, going 16:25.63.

The Ping family moved back to Winona the following year, and Grace finally raced in Minnesota again.

And while she worked through some injuries -- a nagging one that kept her out of the NXR Regional and Foot Locker Nationals -- she rebounded nicely on the track--both indoors and outdoors--and put down eye-popping times, including a 4:57.86 in the 1600m to win state and 10:32.89 in the 3200m.

While the rising sophomore is an incredible talent in her own right, she left behind a lot of motivation for her younger sister.

Lauren is right on her heels and may be on the verge of being just as great.

The Rise of the Seventh Grader 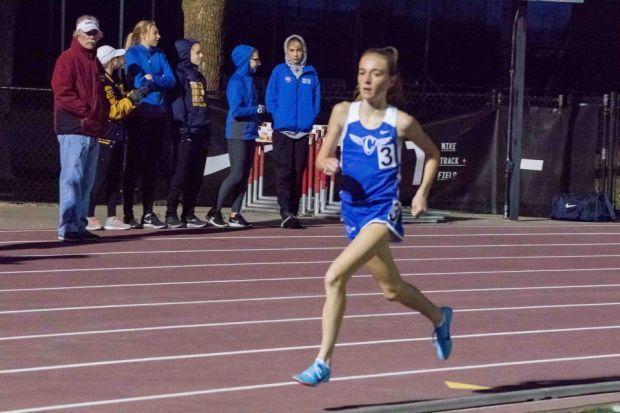 This past calendar year, we received a glimpse of an athlete whose accomplishments warrant more national attention than they may have received.

Lauren Ping did something this year of which most seventh graders would never even touch.

Following in her sister's ascent to the high school team in only her seventh grade year, Lauren may have made even more of a statement in her first year than Grace did two years ago.

In her first season of cross country, Lauren finished just ahead of Grace at the MHSHL 1A State Championships, taking second to freshman phenom Tierney Wolfgram--another incredible Minnesotan middle school talent over the last few years.

But it was at this year's Nike Heartland Regional Meet where she shined even more, taking fourth overall in her personal best of 17:07.72--10 seconds ahead of Grace's personal best in 2016.

She then went on to take 11th at Nike Cross Nationals in 17:58.9, finishing in a tie with Anna Fenske (MN) as top finisher from the Heartland Regional. Consider the conditions that day -- persistent rain, muddier-than-usual course, cold weather -- and Ping's performance actually stands out more than you would think.

On the track, Ping continued to turn heads even as the Minnesota outdoor season was severely shortened due to constant weather postponements.

She also finished second in the indoor junior high 1 Mile at New Balance Nationals behind eighth grader Roisin Willis (WI) and was sixth in the championship 5K at New Balance, running a 17:17.30 personal best that saw her finish six seconds behind her sister. 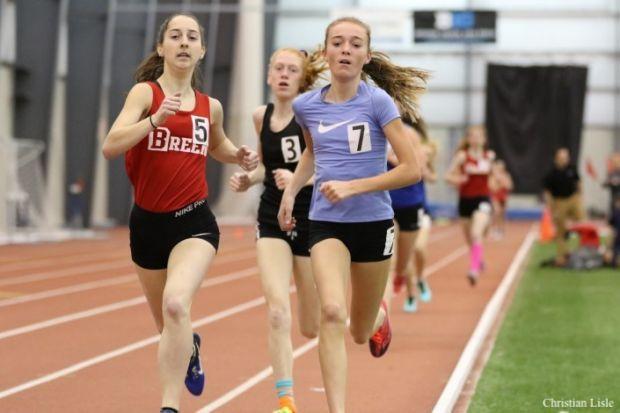 She did, however, secure her first ever state title in the 3200 this spring, running 10:29.77 to take down Wolfgram and her sister Grace.

So Just How Good is Lauren?

No other seventh graders in the country ran under 11:08 and only three ran under 10:30 for 3K. Furthermore, her five 1600 meter marks under 5:08 this spring were all better than the next closest athlete, Natasha Sortland (MN), who finished her seventh grade campaign with a 5:15.61.

That was just in the outdoor season.

While she was the only seventh grader in our database with a registered indoor 5K mark, the 17:17.30 she put down at NBNO made her US No. 8 overall; with superstar sophomore Katelyn Tuohy (NY), four seniors, junior Peyton Witt (MI), and her sister Grace ahead of her.

Consider when Grace entered the spotlight.

The hype was unmatched in the modern era--how many times have you seen a fifth-grader roll an 18:02 5K?

Since then, Grace has continued to ascend even in the face of some injury issues and appears to be ready for more. Lauren's hype has seemingly been overshadowed by a year of incredible distance performances from a number of underclassmen, ranging from Tuohy's three national records to the five freshmen and sophomores who broke 17:00 this spring and many more in between.

You may not know too much about Lauren Ping at the moment, and it may only continue to get tougher for her to break through on the national scene as the myriad girls around her continue to improve, but many of these athletes will be graduated before Lauren even begins her junior campaign.

Many of these girls belong to the Class of 2020 and 2021, years in which Lauren will be competing as a freshman and sophomore.

So while there are a few eighth graders who are currently challenging her in the middle school ranks (namely, Willis, Natalie Cook (TX), Ani Veltcheva (FL), Alina LaForest (PA) and others), look for Lauren to only get stronger as she heads into her eighth grade season.