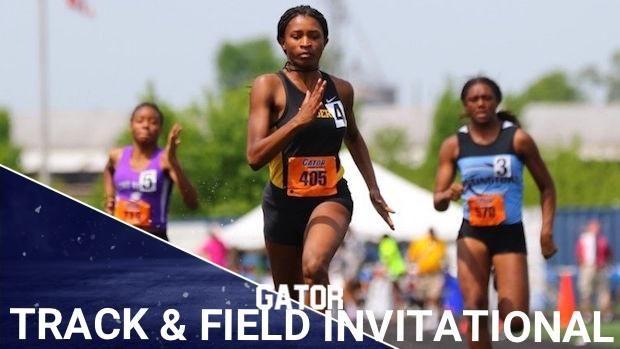 The Gator Invitational is sure to bring some firepower from the DMV area, hosting teams from Maryland, the District, Virginia and elsewhere.

One of the largest meets in the state, the Gator Invitational will host over 2,000 athletes and 60 teams will be competing.

Check out some of the most compelling matchups below.

But that won't necessarily be a foregone conclusion, considering Smith, who's also competing in the 400m, earned both of her career best performances as a sophomore. Jurobi, on the other hand, enters with a top time of 10.60 seconds in the 100m, which is 0.23 faster than the meet record of 10.83, but has yet to go under 11 seconds in 2018. He's also trying his mightiest to drop a sub-21 performance in the 200m.

Breakdown: Phillips is certainly a versatile athlete, having raced everywhere from the 100m to the 800m this season, but the Northwood senior specializes in the half-mile, where he hit a career best of 1:54.67 at the MPSSAA Championships in 2017 and came back with a 1:55.18 indoors at the UK Invitational in February. Phillips certainly has the aptitude to throw down a meet record -- that currently stands at 1:54.96 from 2008 -- but might have to do it alone. No one is seeded closer than three seconds to him.

Breakdown: The mile will be competitive as all get out, as five runners enter with times at 4:26 or faster, including Deamer's leading seed time of 4:22.12 from the outdoor state championships last spring -- he finished fourth there. Finnerin has been the fastest in 2018 so far, with a 4:25.18 from March. Nakasaka enters with the third fastest time from state a year ago, a performance of 4:25.84 which netted him 10th place.

Breakdown: Shaw might put a little extra focus into the 300mH this weekend. She's currently DC No. 1 in both the 100mH and 300mH, but ultimately means little comparative to the size of the district. But considering this meet will bring some of the top talent from Maryland and the added benefit of competition, Thaw could make a play toward besting her career mark of 44.59 seconds from 2017. The meet record currently sits at 45.10 seconds.

Breakdown: Schlaeppi has a career best of 6-5 and Stanton is sitting at 6-4, which are within striking distance of the meet record of 6-5, which DJ Workcuff achieved in 2013. Coincidentally enough, Schaeppi, a senior at Northern-Calvert in Owings Mills, would be going after a record owned by a school record holder, too. On the girls end, Shaw -- who is quadrupling with efforts in the 100mH, 300mH, 400m and HJ -- has a best of 5-7.75 from last year, which would be over an inch past the meet record of 5-6.

Breakdown: If nothing else, this race will be super exciting. The Dunbar and Reservoir girls are seeded nearly identically to each other, with times of 1:29.50 and 1:29.44, respectively, and could elicit a very juicy matchup at the finish line. The Atholton boys, meanwhile, are seeded at 1:29.50 and will be vying for an over 10-year standing meet record of 1:29.44, which was set in 2007 by Potomac!

Breakdown: Stump is the class of the pole vault on the boys side, with a personal best of 14 feet from states in 2017. He's competed just twice in 2018, but in his debut he hit 13-2. A year ago, the Liberty High senior went over 13 feet five times. Look for Stump to get above his standards in this one, too.