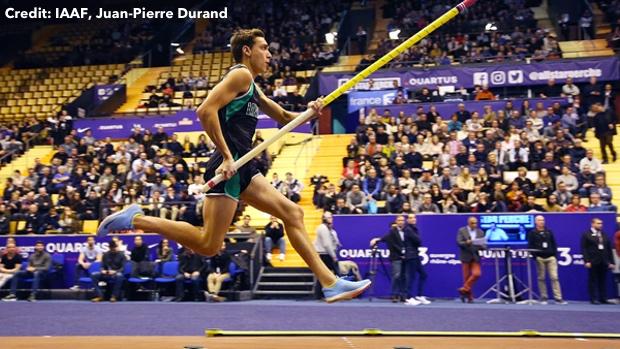 It might seem odd, considering the many heights Mondo Duplantis has cleared before, but until recently, the IAAF had not ratified the 18-year-old's efforts over 19 feet in the pole vault.

The IAAF officially announced the ratification of Duplantis' indoor 5.88-meter vault at the Clermont Ferrand All-Star Competition in France in February to be a U20 record, surpassing the former mark of 5.78 meters, which was previously held by Emmanouil Karalis of Greece.

Interestingly enough, barely a month later Duplantis surpassed that mark at the Texas Relays with a vault of 5.92 meters, which prompted another IAAF ratification process, of which we may soon hear the outcome in the coming weeks.

Duplantis, a senior at Lafayette (LA) High finishing out his final weeks as a high schooler before moving on to Louisiana State University, had cleared non-ratified indoor marks of 19-1 at New Balance Nationals Indoor in March of 2017 and 19-1.5 at the National Pole Vault Summit in January of 2018.

Duplantis was unable to file for ratification with his effort from the National Pole Vault Summit due to incorrect pegs being used.

On May 5, Duplantis will go for his fourth straight state title in Louisiana at LSU's Bernie Moore Stadium before heading off to the Diamond League in June, which is being held in Stockholm.