Can Jake Merrell Break 1:50 At The Texas Class 1A State Championship? 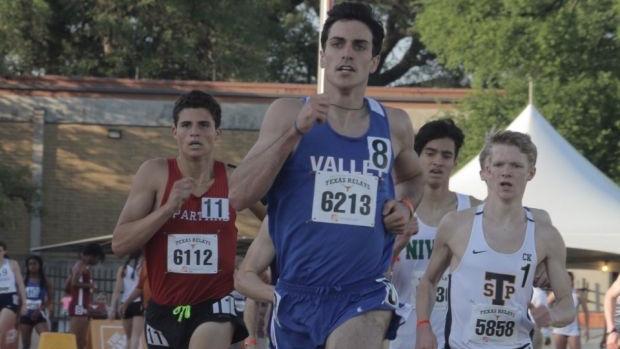 Can an athlete who's run three straight performances under 1:54 in the 800m this spring feasibly break 1:50 running completely by himself?

Turkey Valley (TX) High senior Jake Merrell is chasing that elusive mark heading into the Texas Class 1A Track and Field Championships in a few weeks in Austin.

Merrell's headed into elusive territory for a runner of his stature. He competes in Class 1A in Texas, meaning that schools in that classification have no more than 104 students total. Merrell's school has about 50 students.

He's a three-event stud who will help his team win titles at various distances -- understandable for a school of its size.

But fortunately, Merrell has been smart. He's raced just three times at 800m this spring and four times at 1600m, hitting a career best of 4:11.81 at the Texas Relays.