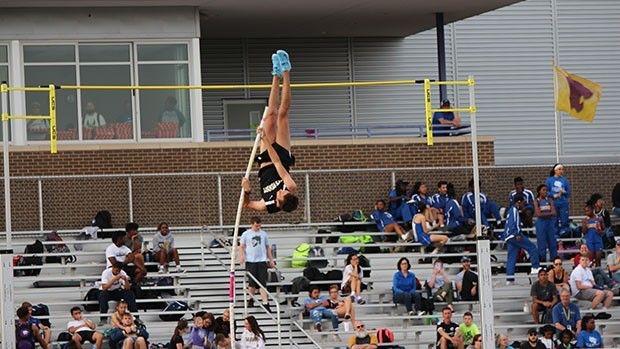 When the calendar hits April in the heartland, the Kansas Relays make a huge imprint on the track and field scene.

A massive meet with both collegiate and high school performances, it annually produces some of the best efforts in the country and is considered a prestigious entry. It's also LIVE on FloTrack starting Friday through Saturday. Log in to your universal subscription to WATCH LIVE, or sign up HERE.

From a high school level, athletes travel from Kansas, Oklahoma, Missouri, Nebraska, and Iowa, among other states, and throw down for big times and marks.

This year's installment of the Relays has its fair share of national-level talent. Read below for some of the biggest events featuring athletes with massive opportunities to strike big.

Breakdown: Lee's Summit (MO) High senior KC Lightfoot became just the fifth athlete in the pole vault to clear 18 feet, 3 inches outdoors last week at the Gary Parker Invitational in Blue Springs. But Lightfoot is still a little more than an inch away from the Missouri state record of 18-4.5, which was achieved by Park Hill's Chris Nilsen in 2016. If Lightfoot has a good day and plans his runs smart, he could make an attempt at the record here.

Breakdown: Currently US No. 1 in the javelin and US No. 15 all-time, Baker will be looking to push her limits even further. Her breakthrough came on April 5 at the Olathe Invite when she posted her first attempt over 170 feet in 171-5. The state record, however, still stands at 174-6, posted by Kendra Wecker in 2000. And if Baker wants to eventually sneak into the top five all-time, she'll have to add about 10 feet to her efforts and join the 180-foot club. Baker will also be competing in the discus.

Breakdown: We're going to have a battle here. Phelps of Kingsley-Pierson (IA) and Larrison of Moore (OK) are two studs with impressive resumes. While Phelps enters with a US No. 3 nod in the discus (196-2.5) and a No. 5 mark (66-0.25) in the shot put, Larrison will meet him at the door with his US No. 1 discus (196-9) and US No. 7 shot put (64-11) throw. Competition breeds success, so don't be surprised if each of these athletes pushes each toward the country's first 200-foot throw in the discus and potentially a 70-footer in the shot put. Both athletes won state titles in the discus in 2017.

Breakdown: This is a hugely important race for a Born, who's debuting on the track after missing all of her cross country season due to a stress fracture. So maybe we shouldn't expect the 10:10 she rolled out last year at the Kansas Relays, which gave her a second-place finish to Joy Ripslinger, but she will be tested by Reneau, who was fourth in this race last year in 10:34.05. Both are headed to Division I programs next year, with Born bound for Oklahoma State and Reneau headed to Duke.

Breakdown: Like the girls race, the boys 3200m will be impressive at the front. Fischer, who's traveling from Arkansas, is looking for some high-end competition to test himself, though he likely isn't the favorite here. That honor probably goes to Riddle, a Tulsa signee who's coming off a state title in the 3200m from last spring in Missouri, where he raced in 9:06.07. McDaniel is just a junior, but he's posted a best of 9:15.52 and Fischer has gone 9:22.43 at the distance so far this year. Based on this season, however, it could come down to Riddle (9:17) and Fischer (9:22), whose season bests are just five seconds apart.