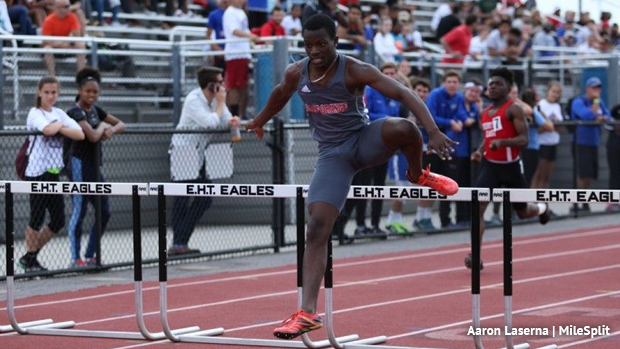 Akeem Lindo of East Orange Campus, one of the state's premier hurdlers and sprinters, said on Tuesday night that he will sign his National Letter of Intent with North Carolina A&T University when the signing period begins on Wednesday.

Lindo, who also took official visits to Ohio State, Hampton, and Houston, said he will sign on Wednesday (April 11) in the library at East Orange.

Lindo has built a remarkable resume during his career at East Orange.

At the Meet of Champions last spring, Lindo finished second in 110 hurdles for the second straight year and was sixth in the 400 hurdles.

This past indoor season, Lindo ran a NJ No. 1 and US No. 9 7.31 in the 55 hurdles when he finished first at the state Group 4 meet, and he ran on the East Orange 4x400, shuttle hurdles and sprint medley relays, which all placed second at the New Balance Indoor Nationals.