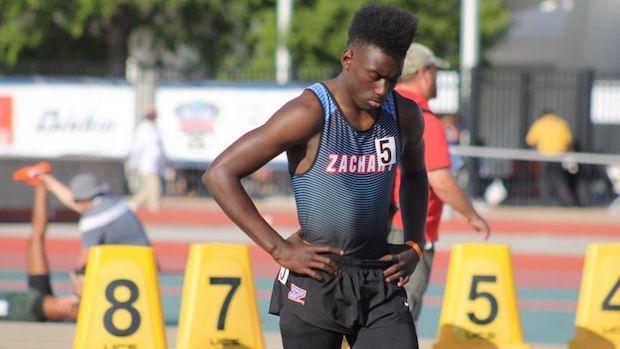 Southern athletes are ready to go for the Mobile Challenge of Champions this weekend in Mobile, Alabama. Athletes from Alabama, Mississippi, Louisiana, Georgia, and Virginia are all scheduled to compete.

The powerhouse meet will span two days, with open races taking place on Friday before invitational races follow on Saturday.

Some of the top athletes from the South will be competing in this illustrious meet, which has historically produced some of the nation's top early-season outdoor times. Last year, Winfield City (AL) High's Trey Cunningham raced to a US No. 13 all-time performance in the 100mH in 13.35 seconds.

Cunningham is at Florida State now, but others remain and will vie for their best times this weekend. Check out the best races below.

The Hoover girls hold the current Alabama No. 1 time in 9:21 from the FSU Relays. McGill-Toolen, however, ran 9:36 on the same weekend ran 9:36 at the Sugar Bowl Classic. This will be the first time these two teams have met outdoors this season.

One of the top athletes to watch is ready for an encore after a stellar indoor season.

The McEachern (GA) girls are the top-seeded squad heading to Mobile after an early-season time and US No. 6 mark of 46.26 seconds. I don't think these girls have will have too much trouble if they hit this time again.

One of the better events of the day, the girls invitational mile features some of the best distance runners in the South. Depending on the weather, we could possibly see several under five minutes.

One of the nation's top freshmen is traveling to Mobile to see what she can bring to the table.