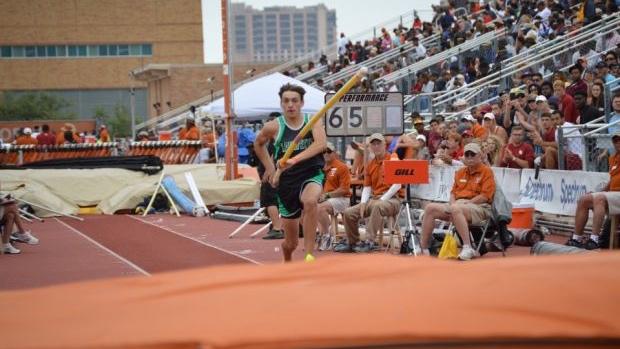 Mondo Duplantis will get to pole vault at the Texas Relays after all.

After more than a week of ambiguity between the Lafayette (LA) High senior and his state association, the LHSAA, Duplantis received word on Monday that he would be given a waiver to compete in the elite men's pole vault section of the Texas Relays at Mike Myers Stadium against some of the best pole vaulters in the world. He'll do so unattached.

But the key here is that Duplantis, who owns three state outdoor championships in Louisiana, will retain his eligibility in Louisiana with the waiver.

"Monday afternoon we were informed that the LHSAA has granted permission for Mondo Duplantis to participate in the Elite Men's Pole Vault section at the 91st Clyde Littlefield Texas Relays Built By The Home Depot," said David Wiechmann, who handles athletic communications for the University of Texas' track and field program. "The NFHS has approved the LHSAA's granted waiver as well."

Duplantis will be eyeing his second straight win in the Texas Relays' men's elite division, and it will be his second outdoor appearance after finishing seventh at the 2018 World Indoor Championships in early March. This time, he'll be doing so against five Olympians, including world indoor record holder and Olympic gold medalist Renaud Lavillenie, also Mondo's childhood idol.

A year ago, Duplantis cleared his overall PR outdoors at the Texas Relays, going a then-world junior record of 19 feet, 4.25 inches.

"We believe this is a wonderful development," Mondo's father, Greg, said. "Mondo has looked forward to competing in the Texas Relays for a year. It makes it extra special that Renaud Lavillenie will be there."

The decision concludes a somewhat long and seemingly odd saga involving Duplantis, who has broken records and won countless awards over his four years in high school and who will graduate this spring, undoubtedly, as the greatest high school pole vaulter of all time.

In the end, though, the LHSAA did compromise, granting a waiver not only for its top athlete to compete in an event he was more than capable of winning, but by giving him the right to finish out his career in the spring, too.

"Many people came out to help Mondo's effort," Greg added. "Without such overwhelming support, this would not have been possible, and we are eternally grateful."

Update: Louisiana State Senator and State Senate President John Alario released a statement applauding the LHSAA of its decision to provide an exemption for Duplantis to compete.