Since 2013, the Texas Distance Festival has offered increasingly compelling storylines.

A year ago, the event produced one of the first great, national 5K fields in a race that wasn't a national championship. And the performances showed. Nine athletes ran under 14:30, and the top six performances stood the course of the season and held at the top of the national leaderboard.

Questions were posed -- can anyone drop a sub-14 race? -- and debates were wrung, but in the end it all led to a great moment. St. Joseph Notre Dame (CA) High graduate Cooper Teare dropped a hammer and went for the win, kicking past Cardinal Gibbons (NC) High graduate Connor Lane to cross the line in a US No. 20 all-time high school effort of 14:13.26. For the first time in the event's history, it also produced the top 5K time of the season nationally.

This year's race features no shortage of stars again, but with an added twist: Midwest vs South.

Three big-time athletes from Illinois are making the trip from the Chicago area to Dallas, Texas, to run in the event. You can watch the meet LIVE on MileSplit. 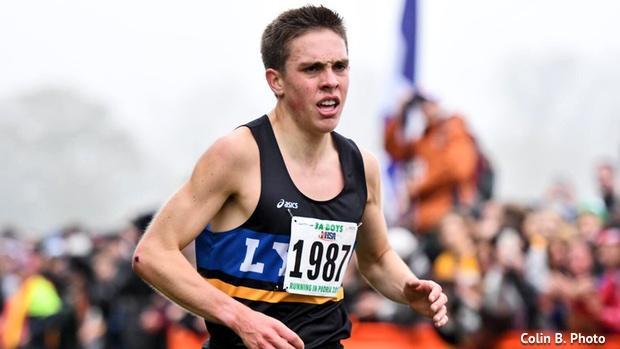 Outlook: Kilrea, a Notre Dame recruit, is one of the favorites to win by virtue of his exceptional cross country season, where he placed fifth at Nike Cross Nationals and third at Foot Locker Nationals. But how fast will he run? Or better yet, how fast will those in the lead pack keep the pace? A year ago, the boys 5K became a tandem effort over the first four laps, with alternating efforts helping keep the pace honest. But it proceeded to clip off faster progressions as the race wore on. And it became a race within a race: After all the fun and games of trading laps was over, who wanted to win? This year's version has more of an Illinois vs Texas slant, but the competitiveness will still be there.

Kilrea won a state championship in Illinois at three miles and generally was near the top of the state and national leaderboard when it came times. But he never quite won the big one. While the winner of the boys 5K won't get a national championship, he'll certainly get his fair amount of respect, and likely will be on track to dominant the spring. Kilrea is versatile enough to stick with any pace or surge and likely will vie for a big time here. He could even throw some surges in the race to mix it up and try to break the race. A year ago seven athletes broke the line in 14:30 or faster, including Cooper Teare's winning effort of 14:13.26. That time was 25 seconds faster than his outdoor 5K best over the cross country season. Kilrea enters the race having run a best of 14:53.30, but expect him to go much faster. 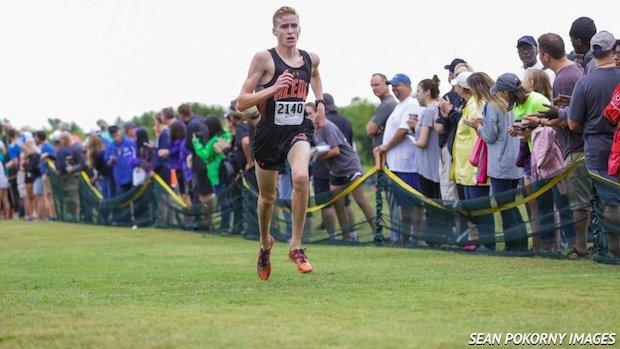 Outlook: Morris made the biggest leap of any national performer to finish the cross country season this past fall, finishing in a remarkable second place at Foot Locker Nationals -- that race saw him turn on the burners with 800 meters to go. But the sophomore is also coming off his first state championship in cross country, where he won Texas' Class 5A race in 14:58.90, a season best.

Yet again, he'll likely be a sleeper pick to win in this race, and inarguably the top underclassman. He's already clocked 9:22.60 in the 3200m to open up his season, and has split a 4:25.25 in the 1600m. But when the race starts to leg out, will Morris, who's more methodical, have the speed to keep up? That's one question he'll do well to answer on Saturday. 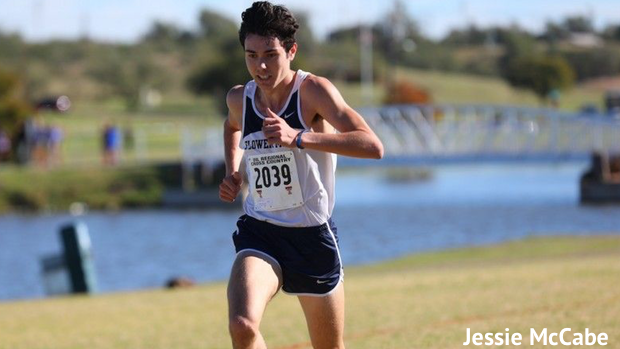 Outlook: It's safe to say Maier's fall cross country season didn't go quite as planned. A supposed high moment of the season -- winning his first state title in Texas -- was thrown a loop when the junior experienced an upper respiratory issue, with the illness ultimately knocking him out of his state championship race. But Maier bounced back almost immediately, posting a second-place effort at NXR South -- a meet his Flower Mound team won -- and then became an All-American at NXN, finishing in 14th place in 15:34.90. The setback likely only made Maier stronger. Possibly tuning up for the 5K this weekend, he traveled to New York for New Balance Nationals Indoor this past weekend and posted an indoor 2-mile time of 9:07.10 in New York. Don't be surprised when the Flower Mound junior turns it on even more to begin the spring.

He was the only underclassman in the top five places in last year's race, finishing in 14:25.60, and he'll likely run with the favorites here as well. With experience under his belt, he's actually a solid pick to contend for a win and has a chance to drop a sub 14:20 time, providing training has been productive.

Correction: An earlier version incorrectly stated Maier did not qualify for NXN. 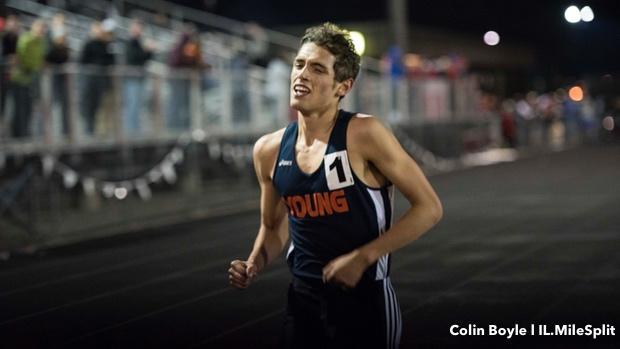 Outlook: Like Kilrea, Mendez is traveling south from Chicago. And this could be his big statement-making moment. The Stanford signee, who finished with the third fastest 3-mile time in Illinois (14:22.00) over the cross country season, also had a stellar fall, gaining All-American status at both Foot Locker Nationals (ninth) and NXN (18th), and ran a career best of 15:07.00 in the 5K.

But Mendez has legit foot speed as well, having run 1:55.76 in the open 800m last spring -- he also split 25 seconds in the 200m in a local meet in March. Now he's on the hunt for some national-level performances, and this race could certainly justify those means. He's coming off a fourth-place outing in the 2-mile at New Balance Nationals Indoor in 9:06.11 and seems ready to lift off. The question he'll have to answer, though, is whether he'll be able to stick with the lead group if they start to pull away in the final 1K.

Outlook: Fischer should put down a sub-15 minute time in this field. An NXN and Foot Locker Nationals qualifier, he won his Arkansas state championship race and pulled away at the Chile Pepper Cross Country Festival in a career best 5K time of 15:06.00 this past fall. While an injury derailed his hopes at Foot Locker -- he finished in 40th, though battled through the entire race after sustaining an injury early on -- Fischer has plenty of time to add to his resume.

And coming from Arkansas, he's likely also trying to put his state on the map. The Texas Distance Festival will be a good start. This winter, he ran 8:43.97 indoors in the 3000m, then won an indoor state championship in the 3200m (9:39.86) before opening his outdoor campaign at the same distance with a time of 9:22.43. Don't sleep on Fischer. 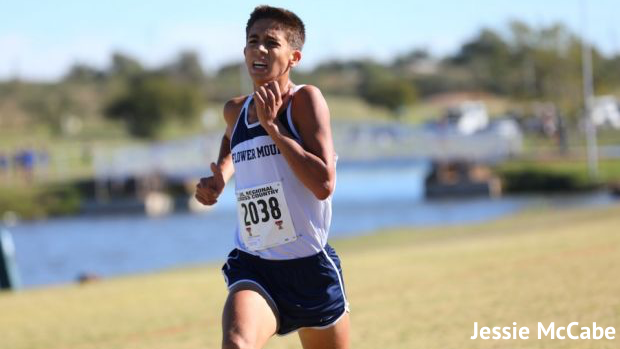 Outlook: It will be interesting to see what Kirk does here. After Maier went down at the Class 6A state cross country championships, it opened the door for Kirk to win. And he did in 15:02.60. But did that elevate Kirk for the time being, or has his emergence continued? The sophomore could follow in Maier's footsteps here and make a statement with a top-five finish, perhaps springing past even Morris as the top underclassman. He's already clocked a time of 9:26.05 in the 3200m this month and went 4:27.76 in the 1600m. Kirk is no joke, but the question he could answer is whether he's a national talent yet.

Outlook: Kinne will make it three runners from Illinois in this year's race. No doubt, his addition will add to the nice little subplot of Texas vs Illinois. But he's got legit merits in this race, too. He finished fourth behind Kilrea, Mendez, and Tommy Brady this past fall at his state cross country championships in Illinois, going 14:33.00 for three miles.

And in February, he went 9:09.74 for 3200m. But his name recognition hasn't gone beyond the state just yet. A good performance in the 5K could change that. Also, another note to keep in mind is his speed. Kinne is sneaky fast. He featured top-end speed of 4:15.47 in the 1600m recently at the York Boys Last Chance Open, and has the kind of pace that could match any move that comes his way.