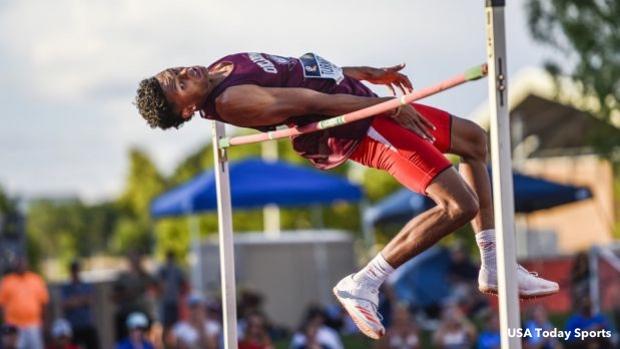 The transition from high school to collegiate athletics is one that all freshmen athletes go through, though some navigate the difficulty of the increased competitiveness with general ease.

But now with the indoor season back in session we have an even greater list of freshmen vying for top times and marks throughout the country.

Which have fared better than others?

Today, we'll look at at both the men's and women's categories separately. We'll start first with the men's field, where we are looking exclusively with where freshmen are positioned among the top 10 in each event nationwide in Division I action.

We've found that immediate success comes harder in the field events, where no freshmen have marked a top 10 effort in either the triple or long jump or heptathlon. There are no freshmen in the top 10 nationally in the 60m, or in the mile, or in the weight throw, either.

Indiana redshirt freshman Ben Veatch, a graduate of Carmel (IN) High, isn't really a freshman. While he redshirted his indoor and outdoor campaign last year, he's competed for the Hoosiers in two consecutive cross country seasons, winning the Big Ten Freshman of the Year honor from 2016-2017 and was 87th at this year's NCAA Championship. He's tops in the nation in the 5K and third in the 3K in his first indoor campaign. He's the only freshmen leading a men's category so far.

Cunningham is the high school indoor national record holder in the 60mH and has transitioned smoothly with the Seminoles, running the sixth-fastest time in the event with a time of 7.76 seconds -- another freshman, former Florida standout Damion Thomas, is 10th overall.

Turner, meanwhile, had a remarkable senior season for Yukon (OK) High in 2017, earning the second highest clearance in the high jump all-time with a mark of 7 feet, 6 inches. Competing for the first time over the indoor season, he's calmly gone 7-3.75.

And two names we heard a lot about last year, Piperi and Geist, are currently No. 2 and No. 4 in the shot put. Surely, those two will continue to battle all season long -- No. 3, Nate Esparza, by comparison, is a redshirt freshman.

Check out the full list of top 10 NCAA freshmen performers below.